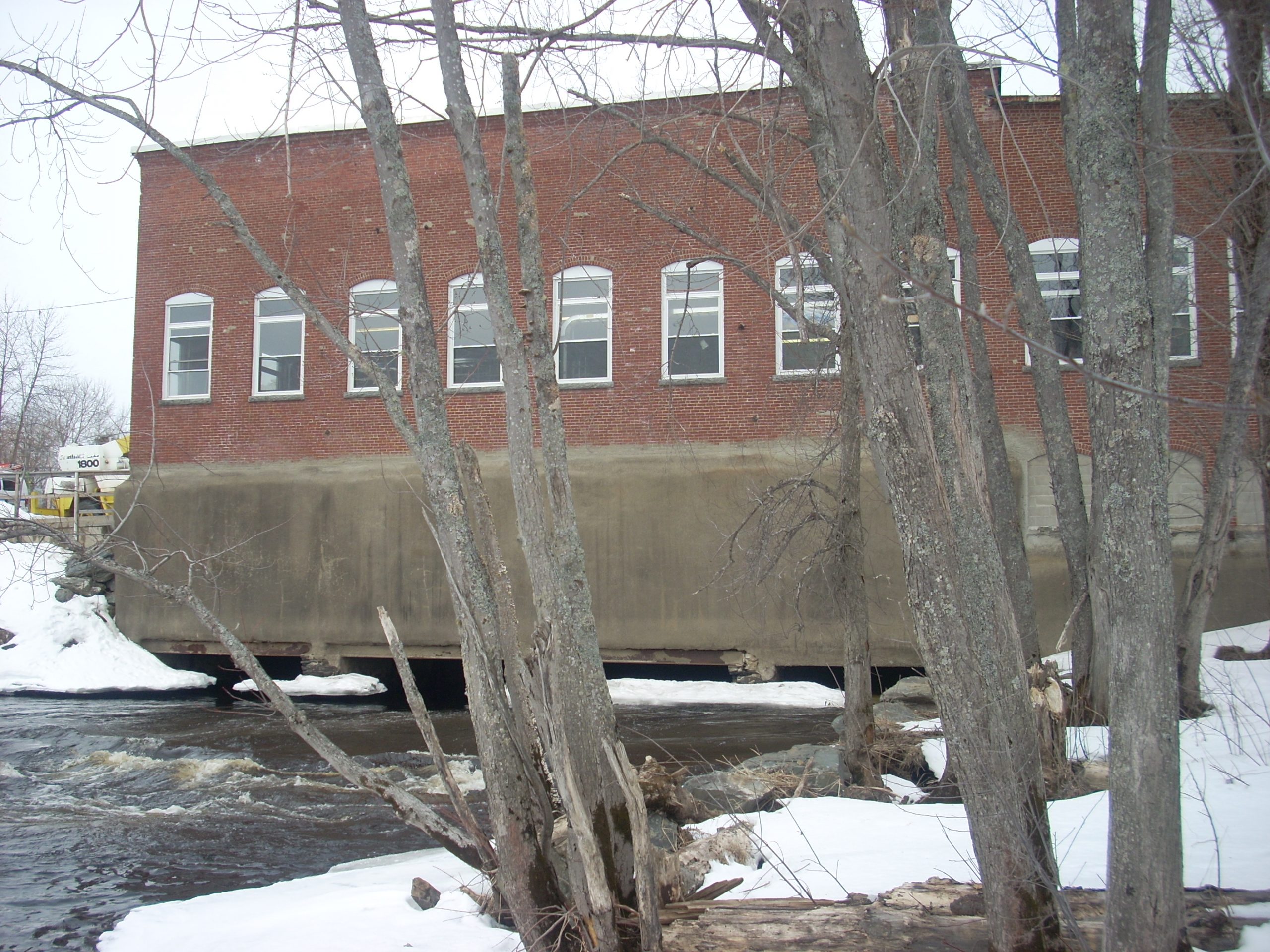 The Orono Project is located on the Stillwater Branch of the Penobscot River in Orono, Penobscot County, Maine. The site was first developed for hydropower in 1898, and in the ensuing decades went in and out of operation. The project stopped operating in 1996 due to catastrophic failure of the facility’s wood-stave penstocks which caused the project to be shut down. After FERC issued a new license for the project in 2005, the facility was refurbished and began commercial operation of the four units in the original powerhouse in 2009.

The Orono project is included in the Penobscot River Restoration Agreement. The overall intent of the agreement is to provide enhancements to the Penobscot River’s environmental resources, and lower and minimize the influence of the owner’s hydroelectric projects on those resources while maintaining renewable hydropower generation from the river. The restoration effort was one of the largest river restoration projects in our nation’s history. In an unprecedented collaboration, a diverse group of stakeholders worked together to restore 11 species of sea-run fish to the Penobscot River, while maintaining energy production.

The project consists of a 1,178-foot-long by 15-foot-high concrete gravity dam with a 320-foot-long spillway topped with 2.4-foot-high flashboards; three 10-foot-diameter penstocks; a 40-foot-wide, 94-foot-long and 27-foot-high surge tank; and an original powerhouse with four existing generating units. The second powerhouse was constructed in 2012-2013 and began operation on November 22, 2013.

The new powerhouse (Powerhouse B) is located within the existing bypassed reach about 420 feet downstream of the dam and is supplied by a 292-foot-long, 25-foot-wide, 12-foot-high concrete penstock and surge chamber just upstream of the powerhouse. A new 84-foot-wide, 20- foot-high intake is integrated into the existing intake and shares a single trashrack with 1-inch clear spacing. The powerhouse contains seven turbine generators, 4 Francis turbines, 2 vertical propeller type, and 1 Kaplan. Combined installed capacity is 6.548 MW.

The project operates in a run-of-river mode and impounds a 180-acre reservoir. Impoundment fluctuations are limited to one foot and the project provides a minimum flow of 200 cfs. 153 cfs is provided through the fish passage facility and 47 cfs via the spillway. The upstream eel passage facility adds an additional 1-2 cfs to this flow from June 1 – August 31. This flow regime was developed in consultation with Maine Department of Environmental Protection (MDEP).

Waters within the project reach are designated as Class B, suitable for fish propagation and survival, as well as primary contact recreation. The Stillwater Branch of the Penobscot is not listed as impaired though the mainstem of the Penobscot River at Orono is classified as a Category 4B water due to E. coli presence. This categorization is not influenced or caused by project operations.

Diadromous species present in the Penobscot River include alewife, Atlantic salmon, American shad, sea lamprey and American eel. Historically, the Penobscot River supported larger runs of American shad, blueback herring, Atlantic sturgeon, shortnose sturgeon, rainbow smelt, tomcod, and striped bass. The project has an upstream fish lift and trapping facility. Trapped fish are trucked to a location upstream on the mainstem. This is because it was determined to be more beneficial for overall fish restoration of the river basin to concentrate the upstream passage in the Penobscot River mainstem. A permanent, flow-through concrete upstream eel passage channel was installed in 2016, located to the right and downstream side of the non-overflow spillway section of the dam. It is approximately 4 feet wide and 49 feet long, has a bristle-brush floor, and ends approximately 20 feet from the pier between the spillway and the overflow dam. A 1.5-cfs conveyance flow is provided at the upstream eel passage seasonally.

The downstream fish passage facility consists of an opening in the flashboards on the spillway used for 2 weeks during the downstream Atlantic salmon smolt migration, and an 8-foot-wide entrance into a 20-foot-long by 12-foot-wide floor screen chamber with a 3-foot wide exit at the downstream end that is operated throughout the fish migration season. A lower level entrance for American eel, consisting of a 4-foot square opening at the base of the trashrack, which outlets to the downstream end of the screen chamber, is also part of the downstream fish passage facility. An attraction flow of up to 150 cfs is provided to the downstream surface bypass that discharges into a plunge pool below the dam. The surface bypass is opened for the duration of the juvenile alosine outmigration period.

The project lands are limited to those occupied by project facilities (dam, powerhouses, and penstocks). No critical habitats for endangered or threatened species or lands of significant ecological value exist in the project area due to the limited land ownership.

Threatened or endangered species potentially present in the project vicinity include Atlantic salmon, shortnose and Atlantic sturgeon, yellow lampmussel, Northern long-eared bat, little brown bat, eastern small-footed bat, big brown bat, red bat, hoary bat, silver-haired bat, tri-colored bat, hyssop-leaved fleabane, and wood turtle. Ongoing efforts to restore river connectivity for the listed aquatic species have yet to confirm the effectiveness of the fish passage facilities at the project. The facilities are not likely to adversely impact these species, but effectiveness of passage is still under review. The mussel species is not expected to be impacted by normal run-of-river operations. Similarly, the bat and turtle species are not likely to be impacted as limited shoreline management activities occur. The project has committed to adhering to the USFWS 4(d) rule concerning bat roosting site protection should any construction or tree-cutting occur at the site. Consultation with the Maine Natural Areas Program (MNAP) identified the presence of the hyssop-leaved fleabane, a state Species of Special Concern, in the project area. The species has been previously observed in the area and led to the development of a sensitive plant protection plan. The plan has helped to preserve critical habitat for the species and MNAP has stated it has no concerns related to project impacts on the species.

Recreational resources at the project include a canoe take-out, portage trail around the dam, and put-in location, and whitewater canoeing and kayaking opportunities. Additionally, Webster Park, the University of Maine’s Stillwater Branch Riverside Recreation Area, and the Fay Hyland Botanical Garden and Walking Trail provide access to the project impoundment. Public access is provided free of charge.