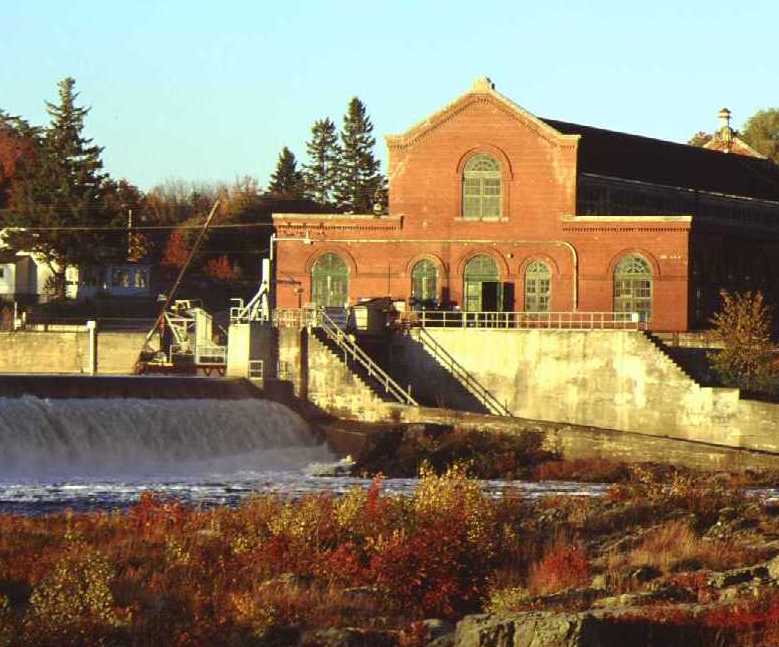 BBHP owns and operates the Stillwater, West Enfield, Milford, Medway and Orono Projects. Under the June 2004 Settlement Agreement, the ownership  of the Veazie, Great Works and Howland Projects were sold to the Penobscot River Restoration Trust (PRRT). In addition to removal of the Great Works and Veazie Dams, PRRT is planning to construct a fish bypass at the Howland Dam.

The Milford Project was originally licensed to Bangor Hydro Electric Company. That license expired in December 1990. The project was operated under an annual license until a new license was issued on April 20, 1998. Ownership of the facility changed in 2000 to Penobscot Hydro LLC, which later became PPL Maine, LLC, and was subsequently purchased by BBHP with the license transfer on September 17, 2009. The Project is licensed by the Federal Energy Regulatory Commission (FERC) as Project Number 2534.  The current license expires on March 31, 2038.

The Milford Project consists of both an existing  facility, plus 1.4 MW of generation capacity which was added in 2011 for a total of 8.23 MW. Pursuant to the Lower Penobscot River Multiparty Settlement Agreement and a FERC order dated April 18, 2005, two new units were added to the Milford Project, which commenced commercial operation in November 2011. The 2004 Settlement Agreement involved five hydropower projects owned and operated by BBHP located within the Penobscot River Basin. Three of these other sites have received LIHI certification: the Orono Project, Midway Project and both the original units and Powerhouse B of the Stillwater Project. The Milford Project has an estimated annual production of 39,331 MWh.

The Milford Project consists of (1) a 1,159-foot-long, 30-foot-high, concrete gravity Milford dam located across the main stem of the Penobscot River, topped with 4.5-foot-high flashboards, (2) a 397 feet long concrete gravity spillway, (3) a concrete sluiceway and 25 foot gate, and (4) a 226 foot by 85 foot powerhouse. The powerhouse contains four original and two new 700 kilowatt (kW) turbine/generator units. The new units went operational in 2011. The original units have an installed capacity of 6.4 megawatts (MW) and the new units are rated at 1.4 MW. The units operate over a range of flows from the minimum hydraulic capacity of 500 cfs to 6,730 cfs).

The Milford Project is operated as a run-of-river development with discharge from the turbines and spillway equivalent to inflow. Flows are reallocated between the main stem of the Penobscot River and the Stillwater Branch through operation of the Milford Project. To accommodate the installation of new generation at the downstream Stillwater and Orono projects, more water now flows to the Stillwater Branch. The flow reallocation is within the range of operations allowed by the current licenses for these Projects. The Project also provides a minimum flow of 3,800 cfs or inflow, whichever is less, and a headpond elevation limit of one foot of the normal full pond when flashboards are in place.

There is a 235 acre reservoir with a gross storage of 2,250 acre-feet. Land area occupied by the features described above is estimated at 1.2 acres.  Approximately 145.4 acres of land, of which only a small portion is owned by BBHP, is contained in a 200-foot zone extending around the impoundment.

In summary, modifications at the Milford Project consist of:

The original FERC license was issued to Bangor Hydro Electric Company (Bangor Hydro) and expired in December 1990. The project was operated under an annual license until license renewal was approved on April 20, 1998.  A 40-year term was approved by FERC to coordinate expiration dates for projects on the same river basin, in support of their policy to consider cumulative impacts of projects in the same river basin collectively at relicensing.  Thus, the Milford license was issued with the same expiration date as the Stillwater and Veazie Projects. The Milford license was transferred to Penobscot Hydro LLC, which later became PPL Maine, LLC, (PPL Maine) in October 2000. The Milford Project was subsequently purchased by BBHP and the license transferred on September 17, 2009.

June 24, 2019: The decision to recertify the Milford Hydroelectric Project is final. No appeals were received during the appeal period which closed on June 14, 2019. The new certification term for the Project is from November 13, 2018 through November 12, 2023. The Certificate includes the following conditions:

This decision is preliminary pending the 30-day appeal window. Only those who commented on the initial application during the 60-day comment period are eligible to file an appeal. Such appeal needs to include an explanation as to how the Project does not meet the LIHI criteria. Appeal requests can be submitted by email to comments@lowimpacthydro.org with “Milford Hydroelectric Project” in the subject line, or by mail addressed to the Low Impact Hydropower Institute, 329 Massachusetts Ave, Suite 6, Lexington, MA 02420. All requests will be posted to the website.  The applicant will have an opportunity to respond and any response will also be posted. Requests must be received by 5 pm Eastern time on June 14, 2019.  The full application and reviewers report are available below.

If no appeal requests are received and the decision becomes final, the Certification term for the Project (LIHI #113) will be November 13, 2018 through November 12, 2023.

March 7, 2019: The Low Impact Hydropower Institute has received a complete application for Low Impact Recertification of the Milford Hydroelectric Project.  LIHI is seeking public comment on this application.  Specifically, we are interested in knowing whether you think the Project meets the LIHI Low Impact Certification Criteria, as revised in the 2nd Edition Handbook.  Please review the program and criteria in LIHI’s revised Handbook and then review the Project’s application materials below.

Comments that are directly tied to specific LIHI criteria (flows, water quality, fish passage, etc.) will be most helpful, but all comments will be considered.  Comments may be submitted to the Institute by e-mail at comments@lowimpacthydro.org with “Milford Project Comments” in the subject line, or by mail addressed to the Low Impact Hydropower Institute, 329 Massachusetts Avenue, Suite 6, Lexington, MA 02420.  Comments must be received on or before 5 pm Eastern time on May 6, 2019 to be considered.  All comments will be posted to the web site and the applicant will have an opportunity to respond.  Any response will also be posted.

February 12, 2014: The Milford Project is certified as low impact for a five-year term, effective November 13, 2013 and expiring November 13, 2018, with the following conditions:

January 13, 2014: Public comment period for the application has closed.

November 12, 2013: Black Bear Hydro Partners, LLC submitted an application for the certification of the Milford Project; application was posted to website and public comment period opened.