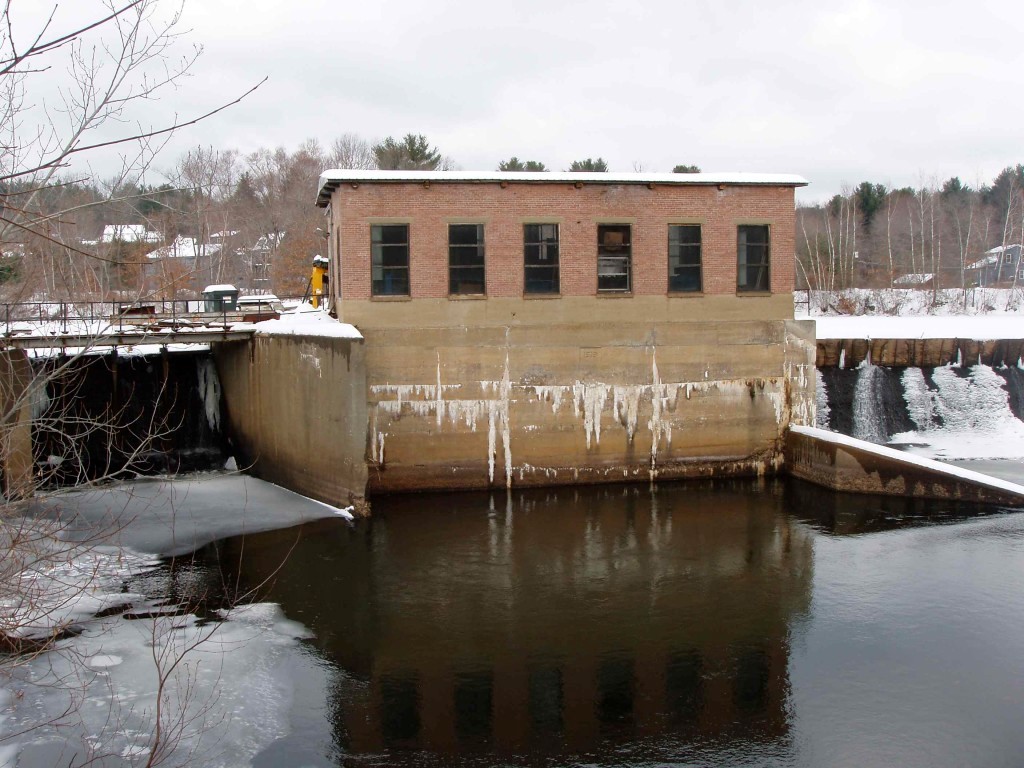 The West Dudley Project is located on the Quinebaug River in the town of Dudley, Massachusetts. Construction of the Quinebaug River Pond Dam (also known as the Rhode Island Cardboard Company Dam) was completed in 1919. The project is located downstream of the Westville Lake, Old Sturbridge village, and East Brimfield dams. Downstream of the project are West Thompson Dam, MSC Hydro, Putnam Hydro, Cargill Falls Dam, Rogers Dam, Quinebaug, Aspinook, and Tunnel Dam.

The project operates in a run-of-river mode and impounds a 31-acre reservoir. The project provides a continuous minimum flow of 76 cfs to ensure protection of aquatic resources in the Quinebaug River. The flow regime was developed based on recommendation by the US Fish and Wildlife Service (USFWS). A flow monitoring plan was developed and implemented in 2012 as a result of initial LIHI certification. The plan was developed with and approved by USFWS, Massachusetts Division of Fisheries and Wildlife (MDFW), and the Massachusetts Department of Environmental Protection (MDEP).

Waters within the project reach are designated as Class B, best suited for irrigation/agricultural use and industrial cooling/processes. The reach is also impaired for dissolved oxygen, E. coli, fecal coliform, and other nutrients. MDEP has confirmed that the project does not contribute to these impairments and are likely due to the wastewater treatment plant upstream of the project.

Several dams downstream of the project preclude access for migratory anadromous fish species. American eel is present in the Quinebaug River upstream and downstream of the project, indicating that the species is able to pass upstream on their own. The project shuts down operations and spills inflow on nights from August 15 through November 15 whenever a rain event of 0.25-inch or more occurs in a 24-hour period, or whenever there is a 50% increase in inflow over the previous three-day average. These actions help provide downstream passage for migrating American eels.

The project lands consist of 29 acres. Industrial, residential and undeveloped lands are all found in the project area. Some of the undeveloped land primarily on the west side of the river, close as it is to intensive industrial and commercial use, provides some wildlife habitat. Undeveloped lands include a number of wooded areas some of which are seasonally flooded. The remainder of the area consists of low-density residential and small industrial development. Run-of-river operations ensure protection of the shoreline.

Threatened or endangered species potentially present in the project vicinity include the Northern long-eared bat, large bracted tick-trefoil, and shining wedgegrass. Due to the project area’s industrial and commercial land use, it is highly unlikely that any of the listed species could find suitable habitat within the project boundary.

Consultation with the Massachusetts State Historic Preservation Office concluded that no cultural or historic resources exist in the project area and operations would not adversely affect any such resources.

Recreational resources at the project include a boat launch in the impoundment, as well as a canoe portage, take-out, and put-in. Minimal hiking and boating occur in the project area. Public access is provided free of charge.

The Certification includes the following condition:

2021: There were no reported changes or compliance issues. The project remains in compliance based on the annual review. For Condition 1, the project reported that continued interim downstream eel passage is being provided by nightly shutdowns in rainy weather between August 15 and November 15 in accordance with Condition 1 in the prior certification (see Certification History below).

October 16, 2020: The Low Impact Hydropower Institute (LIHI) has preliminarily approved recertification of the West Dudley Project (LIHI #76) for a new 5-year term of Low Impact Certification. The Project is located on the Quinebaug River in Massachusetts.

This decision is preliminary pending the 30-day appeal window. Only those who commented on the initial application during the 60-day comment period are eligible to file an appeal. Such appeal needs to include an explanation as to how the Project does not meet the LIHI criteria. Appeal requests can be submitted by email to comments@lowimpacthydro.org with “West Dudley Project” in the subject line, or by mail addressed to the Low Impact Hydropower Institute, 329 Massachusetts Ave, Suite 6, Lexington, MA 02420. All requests will be posted to the website. The applicant will have an opportunity to respond and any response will also be posted. Requests must be received by 5 pm Eastern time on November 15, 2020. The full application and reviewer’s report are available below. If no appeal requests are received and the decision becomes final, the Certification term for the Project will be April 7, 2020 through April 6, 2025.

LIHI is seeking public comment on this application. Comments that are directly tied to specific LIHI criteria (flows, water quality, fish passage, etc.) will be most helpful, but all comments will be considered. Comments may be submitted to the Institute by e-mail at comments@lowimpacthydro.org with “West Dudley Project Comments” in the subject line, or by mail addressed to the Low Impact Hydropower Institute, 329 Massachusetts Avenue, Suite 6, Lexington, MA 02420. Comments must be received on or before 5 pm Eastern time on October 11, 2020 to be considered. All comments will be posted to the web site and the applicant will have an opportunity to respond. Any response will also be posted.

May 6, 2016: LIHI Executive Director Michael J. Sale, using authority delegated from the LIHI Governing Board, has certified that the West Dudley Hydroelectric Project (FERC No. P-7254) satisfies the LIHI Certification Criteria. A Preliminary Decision was announced on April 6, 2016, and a 30-day appeal period was open through May 6, 2016. No requests for appeal were received. This Certification Decision includes one facility-specific condition, as follows:

The public comment period for this application closed on February 8, 2016.

September 22, 2011: The West Dudley Hydroelectric Project has been certified as low impact for a five year term, effective April 7, 2011 and expiring April 7, 2016.

April 7, 2011: West Dudley Hydro, LLC has submitted an application for the certification of the West Dudley Project. The public comment period will remain open for 60 days.