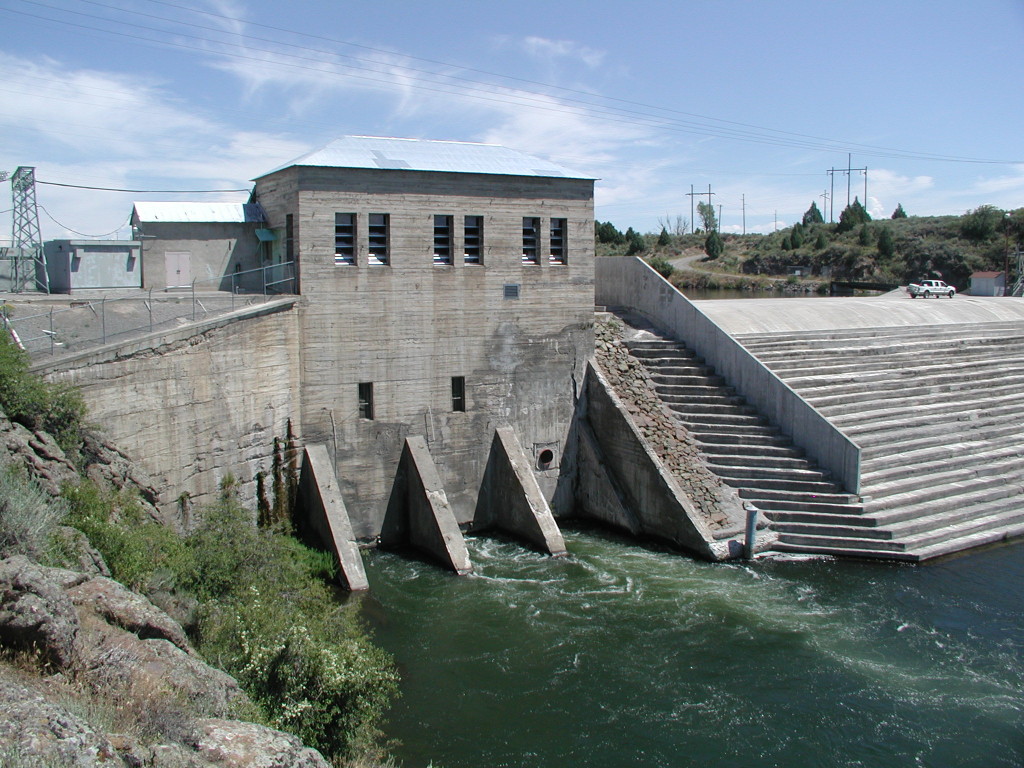 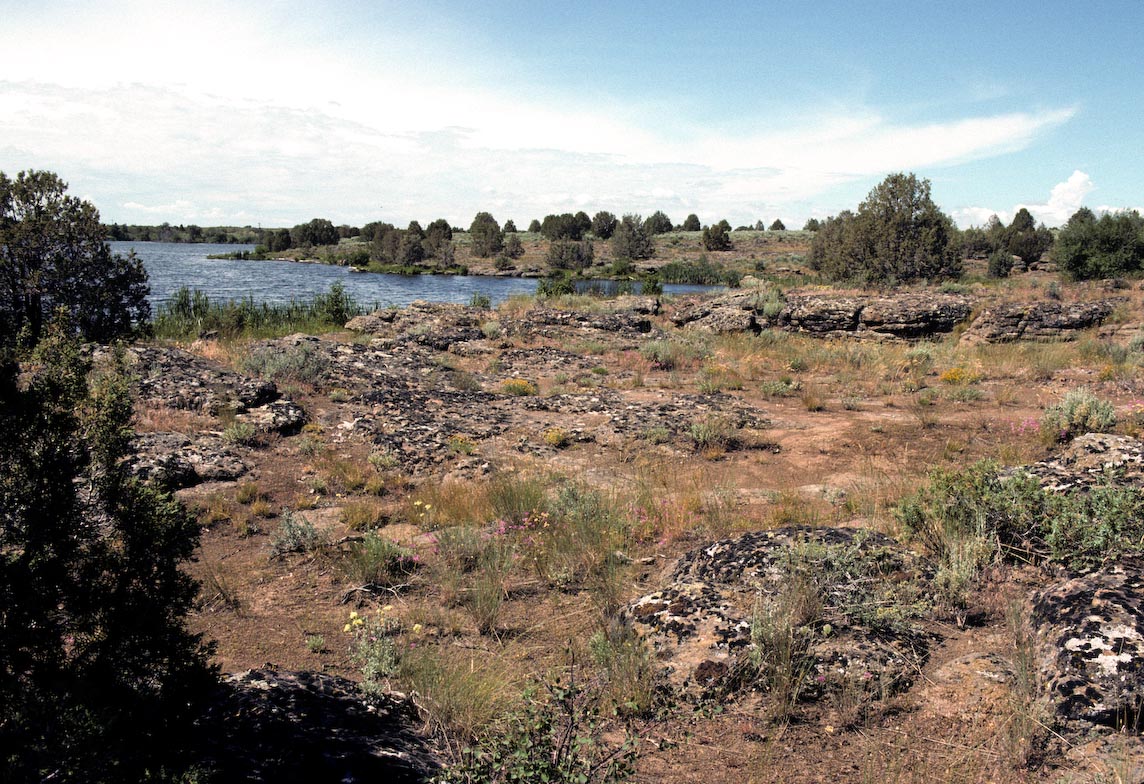 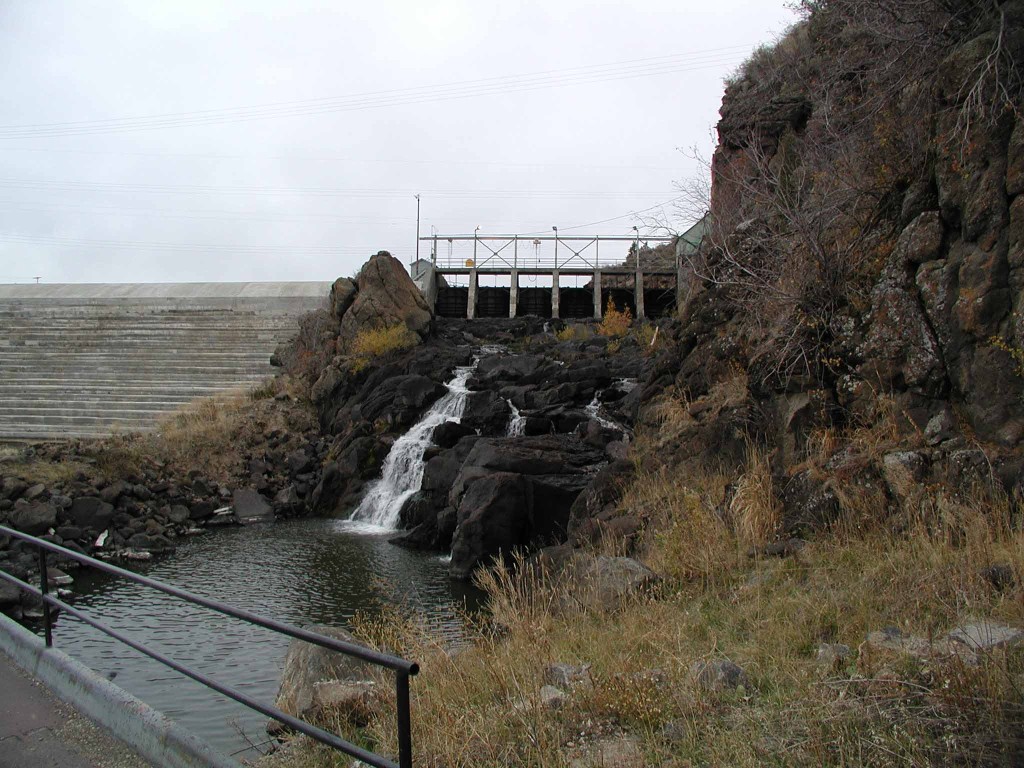 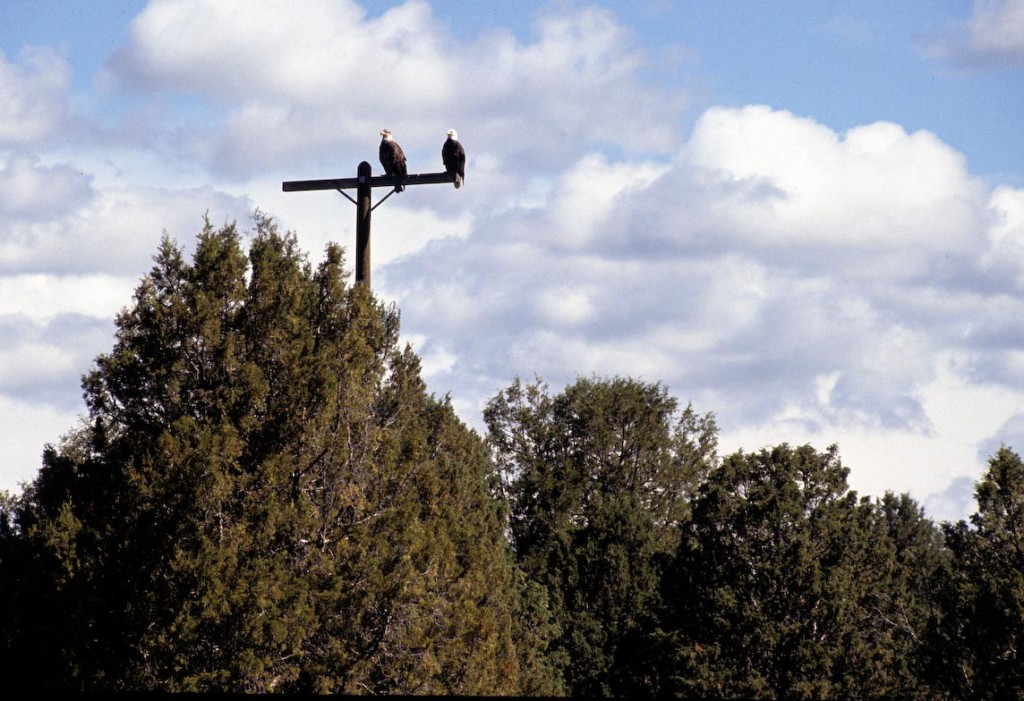 The Ashton Hydroelectric Project is located on the Henry’s Fork of the Snake River in Fremont County, Idaho. The river originates from the outlet of Henry’s Lake, located in the Continental Divide Mountains. The dam and powerhouse were completed in 1918 and began operation the same year. Six years later Utah Power & Light acquired the project. The project later became part of PacifiCorp’s portfolio in 1988 following the merger of Utah Power & Light and Pacific Power Two other dams are located in the vicinity of the project – the Island Park Project and the Chester Diversion Hydroelectric Project.

The project is comprised of a 56.6-foot-high, 226-foot-long, earth and rock-filled dam that has a downstream slope covered with roller compacted concrete. The concrete dam crest and upstream portion of the dam was completely removed and replaced by a project that was completed in 2013. The project can spill water from the reservoir through a 82-foot-long reinforced concrete spillway surmounted by six 10-foot-high radial gates. The powerhouse is located at the right bank, with integral intakes controlled by vertical slide gates and three vertical Francis generating units with a total installed capacity of 6.7 MW.

The project operates in a run-of-river mode and impounds a 392-acre reservoir. The project is also allowed to temporarily modify run-of-river operations for operating emergencies beyond the control of the owner or upon mutual agreement between the project and Idaho Department of Fish and Game (IDFG). In recent years coordination to deviate from run of river mode has occurred to complete an aerial survey for property rights research and to lessen downstream flow fluctuations caused by upstream diurnal fluctuation in the late summer early fall.

Waters within the project reach are not designated in IDEQ’s 305(b) integrated report list as they have not been assessed. However, waters in the project reach support a premier non-native sport fishery. The project owner also funds stocking efforts for sterile rainbow trout in the reservoir. A water quality monitoring study was conducted in 2014 after the reconstruction of the Ashton dam to verify that the project continued to not contribute to exceedances of state water quality criteria. Results submitted to Idaho Department of Environmental Quality determined that the project has no adverse impact on water quality standards and in fact had improved dissolved oxygen that was found to be low entering the reservoir headwater.

Historically, the Snake River segment in the project area has not supported any migratory fish species. Shoshone Falls, a 200-foot-high waterfall downstream on the Snake River, precludes access by anadromous fish to all of Southeastern Idaho. The aforementioned trout stocking program is funded by the project through consultation with IDFG. Resident riverine species include Utah chubs, Utah sucker, mountain whitefish and non-natives, rainbow, brown trout and brook trout.

The project lands managed for habitat include 253 acres of conservation easement (CE) at a wetland complex, 4 acres of CE on the reservoir shoreline, 11 acres of wetland leases, 23 acres of reservoir shoreline lease, and 120 acres of fee owned lands managed for habitat (operations lands are not included in these numbers). The dam and powerhouse are situated in a sparsely populated, semi-arid area in which the dominant land uses are irrigated agriculture and outdoor recreation, particularly trout angling and hunting. PacifiCorp updated the Wildlife Enhancement Plan with USFWS and IDFG in 2016. The terrestrial areas within the impoundment are managed/protected by controlling livestock access with fencing, conservation easements, leases, raptor and waterfowl nesting platforms, and fee-title property acquisition. Monitoring, fence maintenance and noxious weed control are performed annually on these properties, all in accordance with the Wildlife Enhancement Plan. No threatened or endangered species are found in the project area.

Cultural and historic resource surveys have been conducted at the project and a cultural resources management plan was developed for historic structures identified therein. The State Historic Preservation Office concluded that project operation does not impact cultural or historic resources.

Recreational resources at the project include an informal picnic area and fishing access downstream of the dam. The area affords limited access due to the narrow canyon it is situated in. A boater put-in and take-out site is located at the reservoir headwater. This site includes two boat launches, vault toilets and picnic facilities. It is managed under a partnership agreement with Fremont County. Public access is provided free of charge.

October 1, 2020: The Low Impact Hydropower Institute (LIHI) has preliminarily approved the Ashton Project for a new 5-year term of Low Impact Certification. The Project is located on Henry’s Fork of the Snake River in Idaho. The Certificate includes one condition:

This decision is preliminary pending the 30-day appeal window. Only those who commented on the initial application during the 60-day comment period are eligible to file an appeal. Such appeal needs to include an explanation as to how the Project does not meet the LIHI criteria. Appeal requests can be submitted by email at comments@lowimpacthydro.org with “Ashton Project” in the subject line, or by mail addressed to the Low Impact Hydropower Institute, 329 Massachusetts Ave, Suite 6, Lexington, MA 02420. All requests will be posted to the website. The applicant will have an opportunity to respond and any response will also be posted. Requests must be received by 5 pm Eastern time on October 31, 2020. The full application and reviewer’s report are available below.

If no appeal requests are received and the decision becomes final, the Certification term for the Project will be December 31, 2019 through December 30, 2024.

LIHI is seeking public comment on this application. Comments that are directly tied to specific LIHI criteria (flows, water quality, fish passage, etc.) will be most helpful, but all comments will be considered.  Comments may be submitted to the Institute by e-mail at comments@lowimpacthydro.org with “Ashton Project Comments” in the subject line, or by mail addressed to the Low Impact Hydropower Institute, 329 Massachusetts Avenue, Suite 6, Lexington, MA 02420.  Comments must be received on or before 5 pm Eastern time on September 11, 2020 to be considered.  All comments will be posted to the web site and the applicant will have an opportunity to respond.  Any response will also be posted.

November 8, 2015: LIHI Executive Director Michael J. Sale, using authority delegated from the LIHI Governing Board, has certified that the Ashton Hydroelectric Project (FERC No. P-2381) continues to satisfy the LIHI Certification Criteria. A Preliminary Decision was announced on November 9, 2015, and a 30-day appeal period was open through December 8, 2015. No requests for appeal were received.

March 1, 2010: LIHI received a comment letter from the Henry Fork’s foundation. A copy of the letter can be read or downloaded in the “Files” section below (Ashton LIHI on ltrhd.doc).

December 31, 2009: PacifiCorp Energy has submitted an application for the certification of the Ashton Hydroelectric Project. The public comment period will remain open for 60 days.