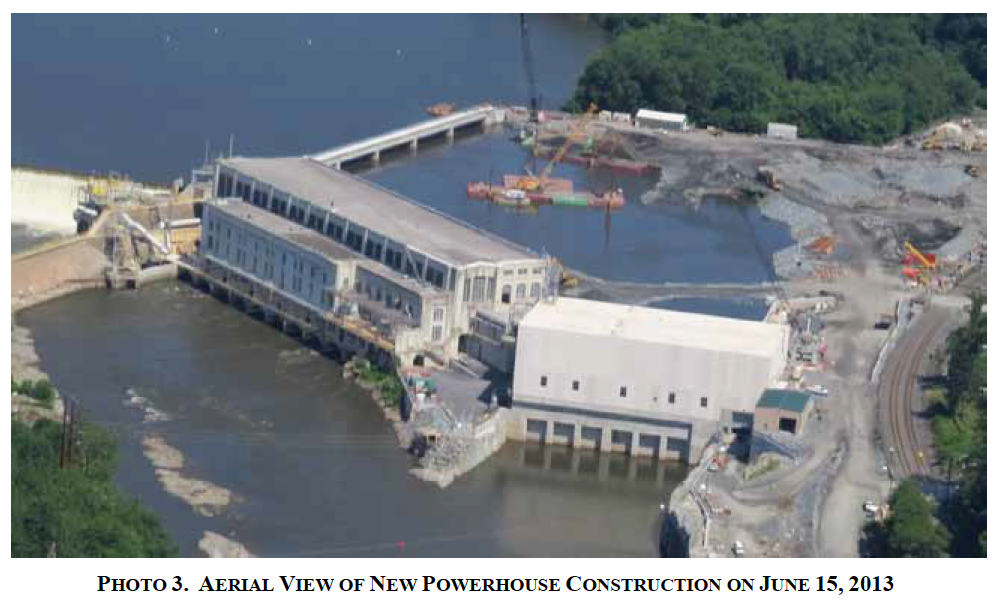 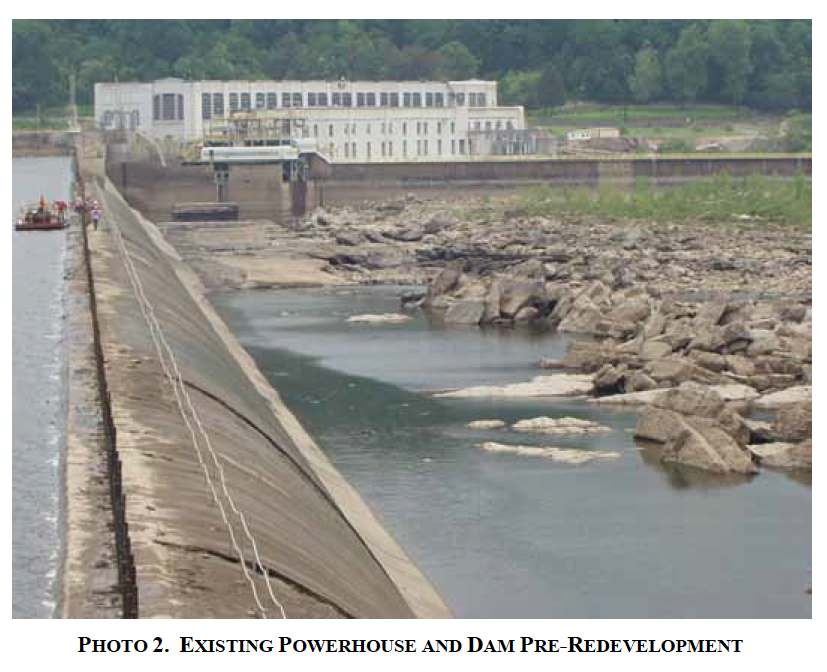 March 24, 2020 – COVID-19 Update: Brookfield Renewable has notified FERC of the decision to to close the Project’s campgrounds, whitewater park, and public amenities until further notice.

The Holtwood Project is located on the Lower Susquehanna River in Lancaster and York Counties in south-central Pennsylvania. The Project is situated approximately seven miles north of the Pennsylvania/Maryland border, and is one of five hydroelectric projects located along the lower Susquehanna River. Four of these projects are mainstem dam projects and one, Muddy Run, is a pumped storage station that uses the Conowingo Pond as its lower storage pond. Moving from upstream to downstream, these Susquehanna River hydroelectric projects are: York Haven (LIHI #126), Safe Harbor, Holtwood, Muddy Run Pumped Storage Project, and Conowingo. The project first began commercial operation in 1911 and was redeveloped in 1924 to increase its capacity. The final phase of redevelopment was completed in 2014 which included raising the capacity and widening and deepening of the forebay and tailrace.

The dam is an overflow-type structure that consists of a 2,392-foot-long by 55-foot-high, low hazard, concrete gravity dam. The top of the dam is raised 4.75 feet via the use of wooden flashboards and inflatable rubber dam sections. A skimmer wall located on the upstream side of the forebay protects the powerhouse from debris. The forebay was expanded and the skimmer wall was replaced as part of the redevelopment project.

Downstream of the dam, a diversion wall connects the western side of the original powerhouse to a long, narrow river island known as Piney Island, and effectively separates the tailrace from the remainder of the Susquehanna River. Along the western shore of Piney Island, another narrow channel is formed between Piney Island on the east and a series of smaller islands on the west; this channel is referred to as Piney Channel. Excavation in both the tailrace and Piney Channel reduced backpressure on the generating units and improved fish passage. The remainder of the Susquehanna Riverbed is referred to as the spillway.

The project operates as a limited store-and-release project that impounds Lake Aldred, a 2,600-acre reservoir. The project supplies a continuous 200-cfs minimum flow to Piney Channel to provide suitable habitat for resident fish species. Additionally, the project provides a continuous base flow of 800 cfs and a daily volumetric flow equivalent to 98.7% of the inflow requirements of the downstream Conowingo Project. The flow regime was established in coordination with the other Susquehanna River projects through agency consultation. The agencies involved include: PA Department of Environmental Protection, PA Fish and Boat Commission, PA Department of Conservation and Natural Resources, Susquehanna River Basin Commission, Maryland Department of Natural Resources, U.S. Fish and Wildlife Service, the U.S. Army Corps of Engineers, and FERC.

Dissolved oxygen concentrations are of concern in the project area but DO monitoring results found that concentrations fall within prescribed parameters. A 10-inch pipe through the dam delivers water to the spillway area to provide a source of fresh, oxygenated water. The 200-cfs minimum flow helps protect water quality in Piney Channel.

Upstream fish passage facilities include a tailrace lift with two entrances and a spillway lift. The two upstream lifts have their own fish handling systems that sluice fish into a common flume through which fish swim into Lake Aldred. The lifts or “hoppers” raise the water (and fish) entering the facility about 50 feet to the level of the forebay. Fish swim through the flume and enter the lake outside the plant skimmer wall. The project owner has agreed to successfully pass 75% of American shad that pass through downstream Conowingo facility and 50% must successfully pass within 5 days of leaving Conowingo. Downstream fish passage will be evaluated through testing. The project owner has agreed to a 95% successful passage rate for juvenile shad and 80% for adult shad.

The project operates under a Land and Shoreline Management Plan. The plan commits the project owner to continued land preservation and maintenance of a shoreline buffer zone as well as buffers on tributaries in the project area. The project transferred roughly 1,700 acres of the project land to the Lancaster County Conservancy, York County, and Conservation Society of York County. The plan further promotes the development of recreation opportunities with consultation from recreation organizations in the area.

PLUS-Standard: The project has a dedicated buffer zone for conservation purposes which extends 200-feet from the average annual high-water line for at least 50% of the shoreline.

Threatened and endangered species potentially present in the project vicinity include osprey, great blue heron, American holly, sticky goldenrod, and white doll’s daisy. The project protects osprey and great blue heron nesting sites through construction buffers and nesting season monitoring. During construction, the project avoided areas where holly trees were growing and relocated/replanted those that impeded construction. Sticky goldenrod and white doll’s daisy are found throughout the spillway and below the dam. Project flow regimes mentioned above were developed to protect these populations. Mitigation plans were developed with consultation with USFWS and Pennsylvania Game Commission.

The Holtwood project itself, including the original powerhouse and dam, is eligible for inclusion in the National Register of Historic Places due to its importance in the development of hydroelectric power on the Susquehanna River, its engineering significance as the location of the first Kingsbury thrust bearings, and as an example of Classical Revival architectural style. The project developed a Historic Properties Management Plan in coordination with FERC and the State Historic Preservation Office. The project must avoid development in the vicinity of Upper Piney Island due to the archaeological resource potential.