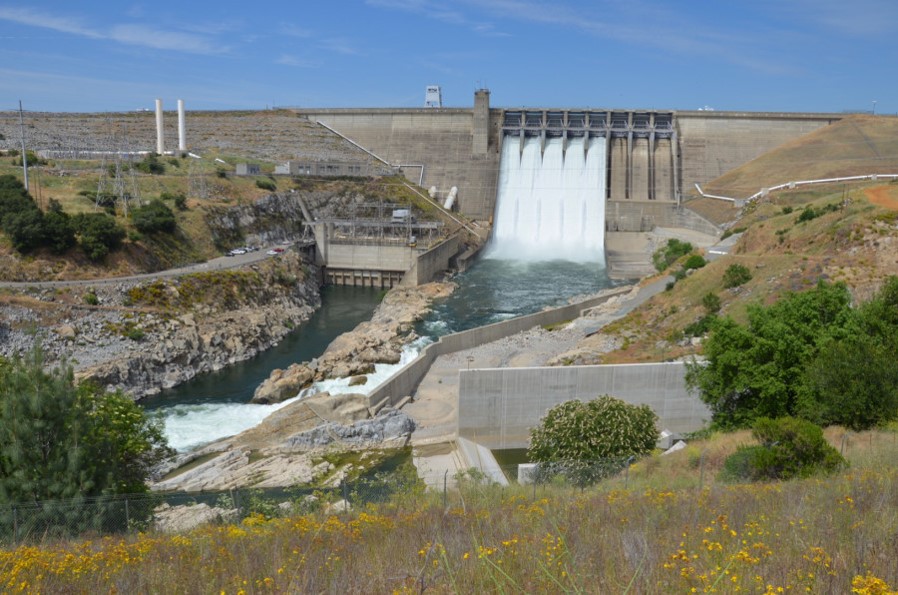 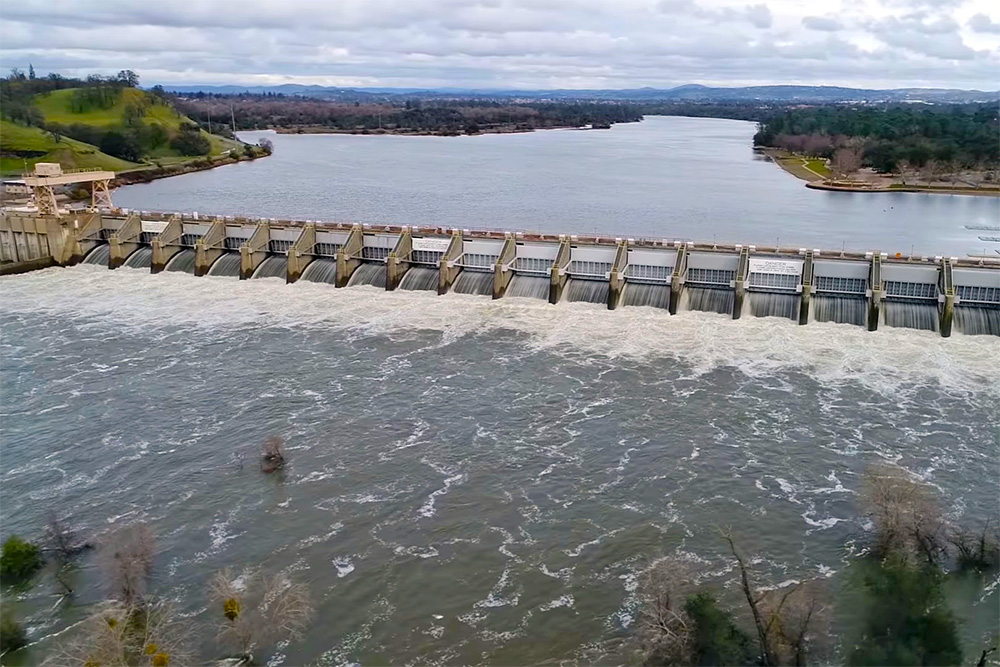 May 13, 2021: The Low Impact Hydropower Institute has received a complete application for Low Impact Certification of the Folsom Dam Hydroelectric Project.  LIHI is seeking public comment on this application.  Specifically, we are interested in knowing whether you think the Project meets the LIHI Low Impact Certification Criteria, as revised in the 2nd Edition Handbook.  Please review the program and criteria in LIHI’s revised Handbook and then review the Project’s application materials below. Comments that are directly tied to specific LIHI criteria (flows, water quality, fish passage, etc.) will be most helpful, but all comments will be considered.  Comments may be submitted to the Institute by e-mail at comments@lowimpacthydro.org with “Folsom Dam Project Comments” in the subject line, or by mail addressed to the Low Impact Hydropower Institute, 1167 Massachusetts Avenue, Arlington, MA 02476. Comments must be received on or before 5 pm Eastern time on July 12, 2021 to be considered.  All comments will be posted to the web site and the applicant will have an opportunity to respond.  Any response will also be posted.

The Folsom Dam Project is comprised of the Folsom and Nimbus hydroelectric developments, located on the American River in California. The project facilities are part of the Central Valley Project (CVP), a federal water management project supervised by the US Bureau of Reclamation (Reclamation). The American River is part of the Sacramento River Basin which covers 27,210 square miles and includes the entire area drained by the Sacramento River. The principal streams are the Sacramento River and its larger tributaries: the Pit, Feather, Yuba, Bear, and American Rivers to the east; and Cottonwood, Stony, Cache, and Putah Creeks to the west. Major reservoirs and lakes include Shasta, Oroville, Folsom, Clear Lake, and Lake Berryessa.

Hydraulic mining in the region began in 1855 and continued until 1884, creating massive erosion in the foothills and sedimentation in the Central Valley. Flooding of the City of Sacramento worsened as river channels filled with sediment, killing fish, and raising the level of sediment in San Francisco Bay. This flooding and environmental harm caused by hydraulic mining preceded, and were major drivers for, the building of Folsom Dam. The Sacramento River Flood Control Project is complemented by the CVP, a system of dams and reservoirs that extend 500 miles southward from the Cascade Mountains and stretches 100 miles from the foothills of the Sierra to the coastal mountain ranges. The CVP is a system by which water is stored and distributed throughout the Central Valley. The CVP also generates hydroelectric power. The primary components of the CVP are a series of multi-purpose dams and reservoirs in the foothills which collects winter rains and spring runoff for use in the summer and the fall. These reservoirs are also connected to the existing flood control system. They are used during the flood control season to provide storage space for the runoff that is generated by large flood events, in addition they provide water supply, recreation, and power. The CVP stores and transports surplus water from the American, Sacramento, San Joaquin, Stanislaus, and Trinity River Basins in northern and central California, and that water is used primarily for irrigation in the Central Valley.

The Folsom development is a 198.72 MW hydroelectric facility with three 76 MW Francis units located at the outlet of Folsom Lake located at the confluence of the North and South Forks of the American River, or at approximate river mile 30 on the American River above its confluence with the Sacramento River. Construction of the Folsom power plant began in June 1951 and was completed in 1955. The dam, plus the earthfill auxiliary Mormon Island Saddle Dam and eight other earthfill dikes create Folsom Lake. The dam regulates flows of the American River for irrigation, power, flood control, municipal and industrial use, fish and wildlife, recreation, and other purposes.

The Nimbus development is a 15.53 MW facility with two 7.763 MW turbine units. The dam forms Lake Natoma, located at approximate river mile 23 on the American River above its confluence with the Sacramento River. Construction occurred from 1952 to 1955 and the facility began operating in 1955. The development includes a fish hatchery and visitor center. There are no dams downstream of Nimbus Dam and the river is unrestricted to the Bay Delta, allowing fish passage between Nimbus dam and the Pacific Ocean. Nimbus re-regulates water releases from Folsom dam, and serves as a diversion dam for the Folsom South Canal used for irrigation, and industrial and municipal water supply. Formerly the canal provided cooling water for the Rancho Seco Nuclear Generating Station. It is also connected to the Mokelumne Aqueduct, which provides a large portion of the San Francisco Bay Area’s water supply.

Folsom is operated as a peaking plant in concert with the downstream regulating reservoir and Nimbus is operated in a run-of-river mode such that hydropower operations do not affect river flow. Hydroelectric generation from Folsom and Nimbus power plants does not determine or influence American River flows. Rather, the generation schedule is built from a pre-determined water release schedule which itself is determined in consideration of all project purposes excluding power such as fish habitat, water supply, and flood control. As a peaking facility, the Folsom power plant then generates within the capabilities of the regulating reservoir downstream combined with scheduled water releases. Nimbus Dam then releases water according to that schedule with normal releases made primarily through the power plant. Designated Folsom units are also maintained as North American Electric Reliability Corporation (NERC) blackstart resources under the Western Area Power Authority’s Sierra Nevada Region System Restoration procedure OP-010.