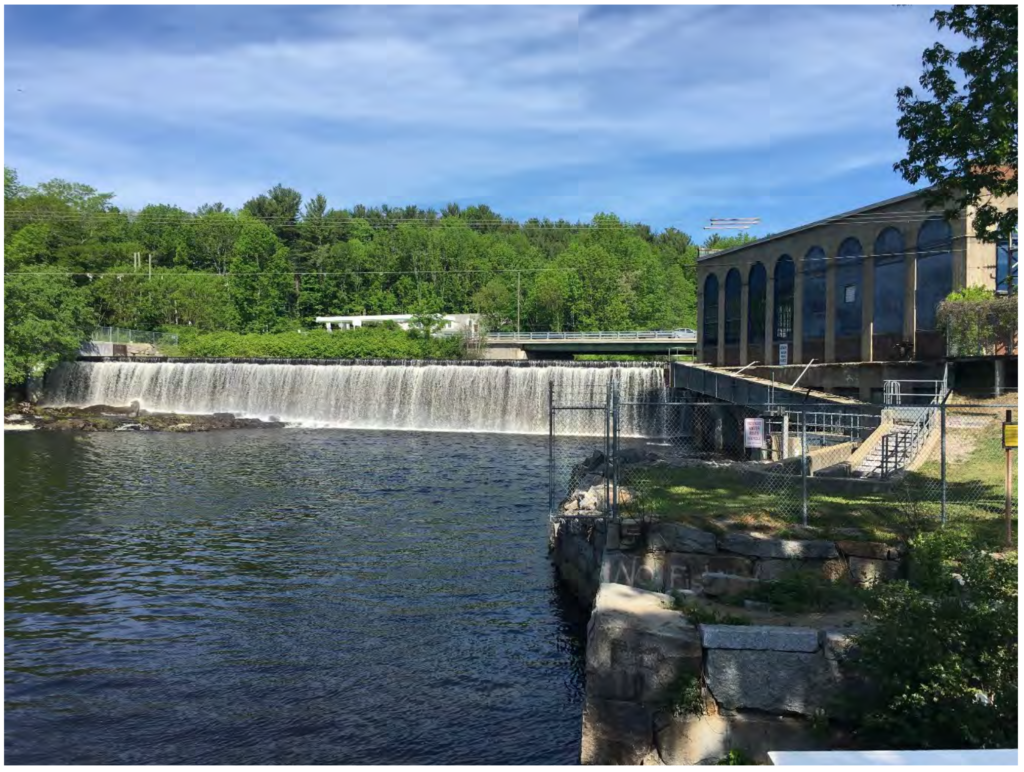 Comments that are directly tied to specific LIHI criteria (flows, water quality, fish passage, etc.) will be most helpful, but all comments will be considered.  Comments may be submitted to the Institute by e-mail at comments@lowimpacthydro.org with “South Berwick Project Comments” in the subject line, or by mail addressed to the Low Impact Hydropower Institute, 1167 Massachusetts Avenue, Arlington, MA 02476.  Comments must be received on or before 5 pm Eastern time on February 6, 2023 to be considered.  All comments will be posted to the web site and the applicant will have an opportunity to respond.  Any response will also be posted.

The South Berwick project is located on the Salmon Falls River, which also serves as the border between Maine and New Hampshire. Most of the infrastructure associated with the Project, including the intake, penstocks, and powerhouse, is in the Town of South Berwick, York County, Maine. The right abutment of the dam is in the Town of Rollinsford, Strafford County, New Hampshire. At the Project dam, the total drainage area is approximately 235 square miles (mi2), which is about 99.6% of the Salmon Falls drainage area (236 mi2).

The Project dam is located at approximately river mile (RM) 0.0 and is the first dam on the Salmon Falls River. The river reach below the Project dam is tidally influenced. Historically, there were 24 dams along the mainstem of the river, but some have been removed, breached, or are now in ruins.

The Project dam is a concrete gravity design that is an average of 18 feet high and 290 feet long with a 220-foot-long spillway section. The crest elevation is at approximately 22.95 feet, mean sea level (msl). The spillway has a flood discharge capacity of approximately 12,950 cfs. The dam is topped with 2-foot-high flashboards, resulting in a normal pond elevation of 24.95 feet, msl, at the crest of the flashboards.

The Project impoundment has a gross volume of 641 acre-feet with a surface area of 58 acres at the normal pond elevation of 24.95 feet, msl. Since the Project operates as a run-of-river facility, the useable storage volume is negligible.

The intake structure is located at the left (eastern) abutment of the dam. There are three headgates that feed three, 8-foot diameter, 70-foot-long penstocks. In front of the headgates are trashracks with 1-inch clear space bars, oriented at a 45 degree angle to the river channel and flow. To the right (western) side of the trashracks are an upstream/downstream fish passage facility and two 4-foot by 4-foot sluice gates, which may be used as flood gates and for lowering the headpond level.  There is no bypassed reach at the Project.

The 85-foot-long by 30-foot-wide concrete and brick powerhouse is located just downstream of the intake structure and the left (eastern) abutment of the dam. The powerhouse contains three vertical Francis turbine-generator units with a total installed capacity of 1.2 MW as well as the switchgear and unit control system.

The Project feeds power into a Central Maine Power Company transmission-distribution line via a 2400-volt/12,470-volt step-up transformer located adjacent to the powerhouse. The Project’s average annual generation from 2018-2021 was 3,164 megawatt-hours (MWh).

A fish passage facility was constructed between the left (eastern) abutment of the dam and the intake structure in 2002. The 4-foot-wide Denil style fish ladder is constructed of steel and concrete and is designed to operate in either upstream or downstream passage mode. The entrance to the fish ladder is in the Project’s tailrace adjacent to the discharge of turbine-generator unit no. 3. The fish ladder exit, which also serves as the downstream bypass entrance, is located to the right (western) side of the angled trashracks. When operated as a downstream passage facility, the baffles are removed from the upper section of the fish ladder and stoplogs are used to seal off the middle and lower section of the ladder to redirect flow and out-migrating fish into a plunge pool in the tailrace.