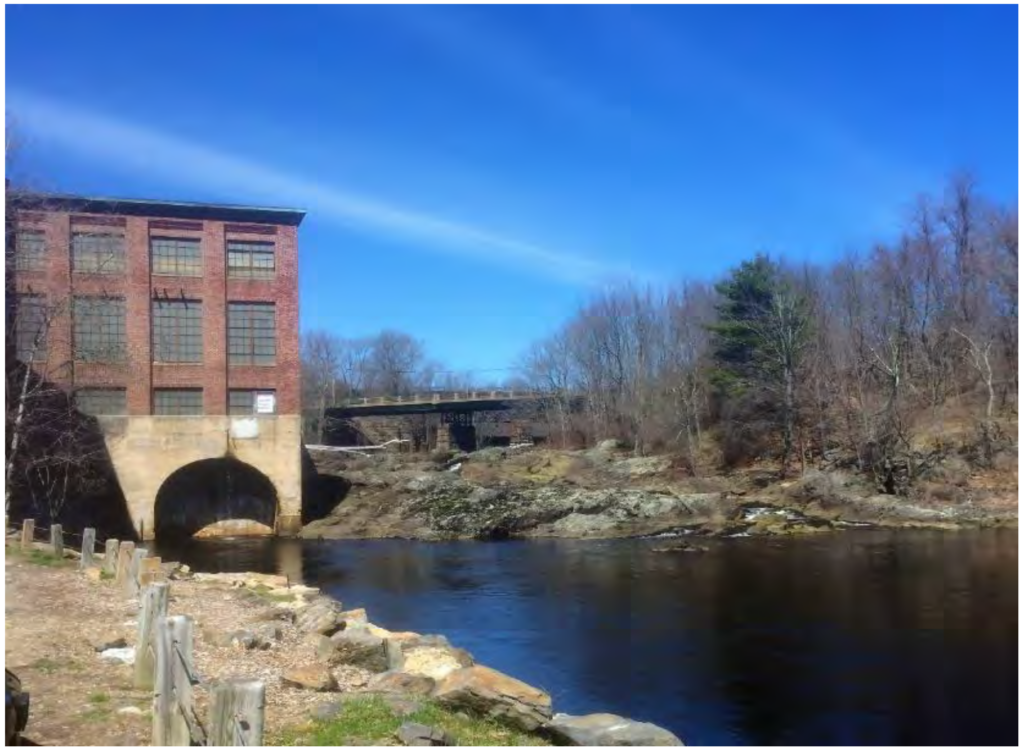 Comments that are directly tied to specific LIHI criteria (flows, water quality, fish passage, etc.) will be most helpful, but all comments will be considered.  Comments may be submitted to the Institute by e-mail at comments@lowimpacthydro.org with “Rollinsford Project Comments” in the subject line, or by mail addressed to the Low Impact Hydropower Institute, 1167 Massachusetts Avenue, Arlington, MA 02476.  Comments must be received on or before 5 pm Eastern time on March 5, 2023 to be considered.  All comments will be posted to the web site and the applicant will have an opportunity to respond.  Any response will also be posted.

The Rollinsford Project is located on the Salmon Falls River, which also serves as the border between Maine and New Hampshire. Most of the infrastructure associated with the Project, including the intake, penstock, and powerhouse, is located within the Town of Rollinsford, Strafford County, New Hampshire. The left abutment of the dam is in the Town of South Berwick, York County, Maine. At the Project dam, the total drainage area is approximately 232 square miles (mi2), which is about 98.3% of the Salmon Falls drainage area (236 mi2).

The Project dam has been in place since 1910 and has a total length of 317 feet, which consists of a 12-foot-long left abutment, a 247-foot-long spillway section, a 22-foot-long right abutment, and a 36-foot-long gated section containing five (5) vertical lift gates. The crest elevation is at approximately 70 feet, mean sea level (msl). The spillway has a flood discharge capacity of 17,300 cfs. The dam is topped with 15-inch-high flashboards, resulting in a normal pond elevation of 71.25 feet, msl, at the crest of the flashboards. The only means of flow conveyance at the Project dam is over the spillway; there are no low-level gates.  The impoundment has a gross volume of 456 acre-feet with a surface area of 84 acres at the normal pond elevation of 71.25 feet, msl. Since the Project operates as a run-of-river facility, the usable storage volume is negligible.

The intake headworks are approximately 52 feet wide by 82 feet long and constructed of reinforced concrete. There are a series of five vertical lift gates located at the entrance to the intake headworks. Each gate is approximately 5.5 feet high and 5.5 feet wide. These gates are typically left in the fully open position and are only closed during maintenance activities that require dewatering of the turbines. The vertical lift gates are manually operated. Two of the gates are operated with Rodney Hunt crank actuators, and the remaining three are operated with Rodney Hunt handwheel actuators. The penstock intake is equipped with trashracks that have dimensions of 17.6 feet high by 22.8 feet wide with 2.5-inch bar spacing. The dimensions at the mouth of the intake opening are 22.8 feet wide by 15.7 feet high. From this point, the intake opening tapers along a longitudinal distance of 15 feet to the mouth of the 10-foot square penstock opening. The headworks also have an 8-foot-wide skimmer waste gate section with a sill elevation of 69.3 feet, msl that conveys flow to the bypass reach. In addition, there is a gate opening 4 feet wide by 4 feet high with a sill elevation of approximately 60.0 feet msl, below the skimmer waste gate. This gate opening was sealed with a steel plate during Project construction in the early 1980s, and currently does not function to convey water.

The existing penstock was constructed in 1923. The penstock is concrete, 10 square feet by 600 feet long, and extends from the headworks structure to the forebay at the powerhouse. During Project redevelopment in the early 1980’s, a 9-foot-diameter steel liner was installed within the lower 250 feet of the penstock. The steel liner is approximately 3/8-inch thick. The forebay is approximately 40 feet wide and 30 feet long and is constructed of reinforced concrete with a crest elevation at 73.0 feet msl.

The powerhouse is located approximately 660 feet downstream of the Project dam and is of brick masonry construction and is approximately 60 feet wide and 38 feet long. The powerhouse contains two identical vertical 750-kilowatt (kW) Siemens Allis synchronous generators each with an output voltage of 4,160 volts and two identical vertical James Leffel Co. Type “Z” Francis turbines, each having a rated output of 1,000 horsepower (hp) and operating at 360 revolutions per minute (rpm) at a rated flow of 228 cfs and an average head of 45 feet. The minimum hydraulic capacity of each turbine unit is approximately 80 cfs. The existing hydropower generating units were installed in 1983. The Project’s average annual generation from 2005-2018 was 5,837 megawatt-hours (MWh).

Power is fed from the generator leads to a 100-foot-long underground transmission line to a 2,000 kVA 4.16/13.8 kV step-up transformer located adjacent to the powerhouse.