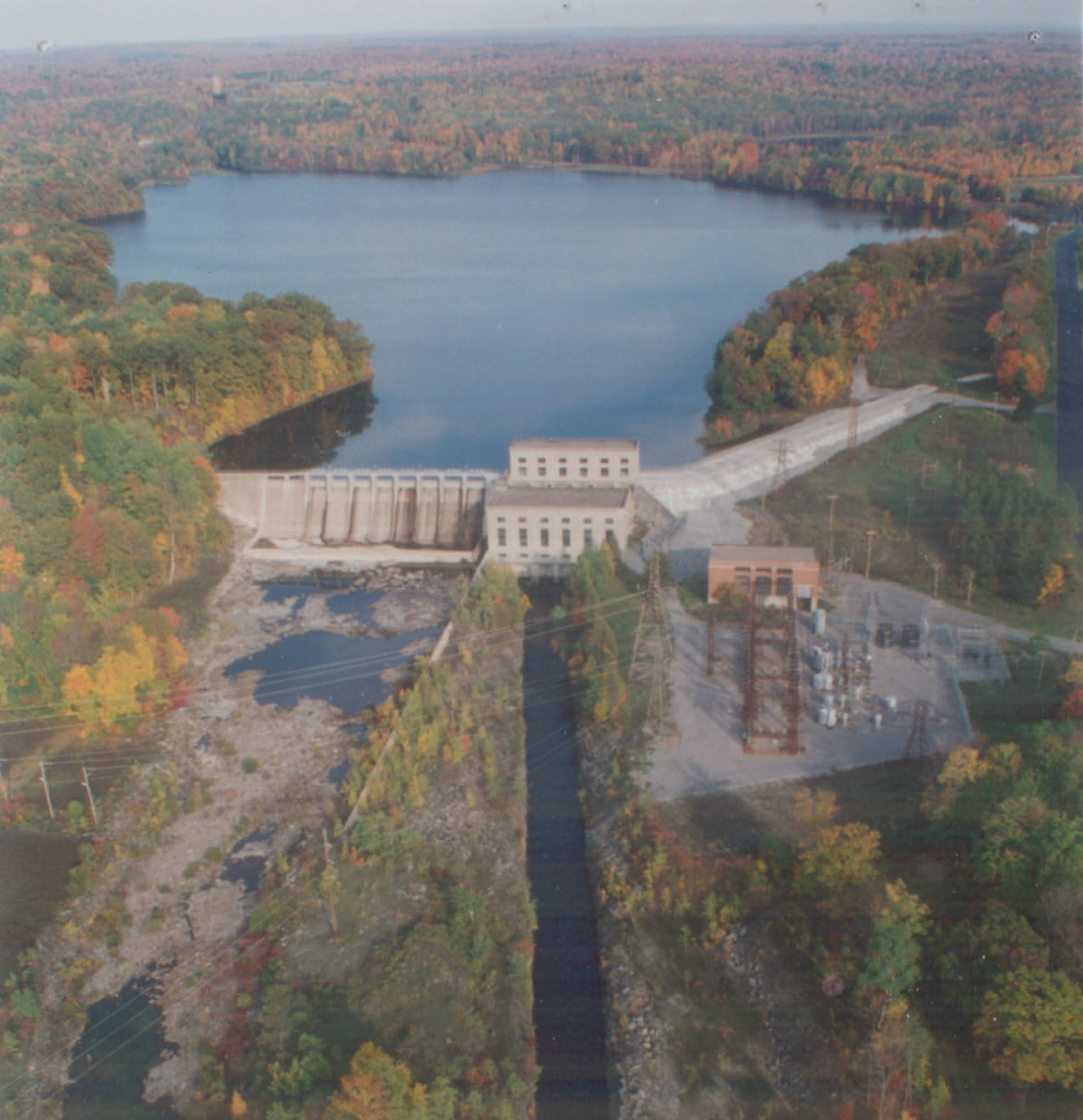 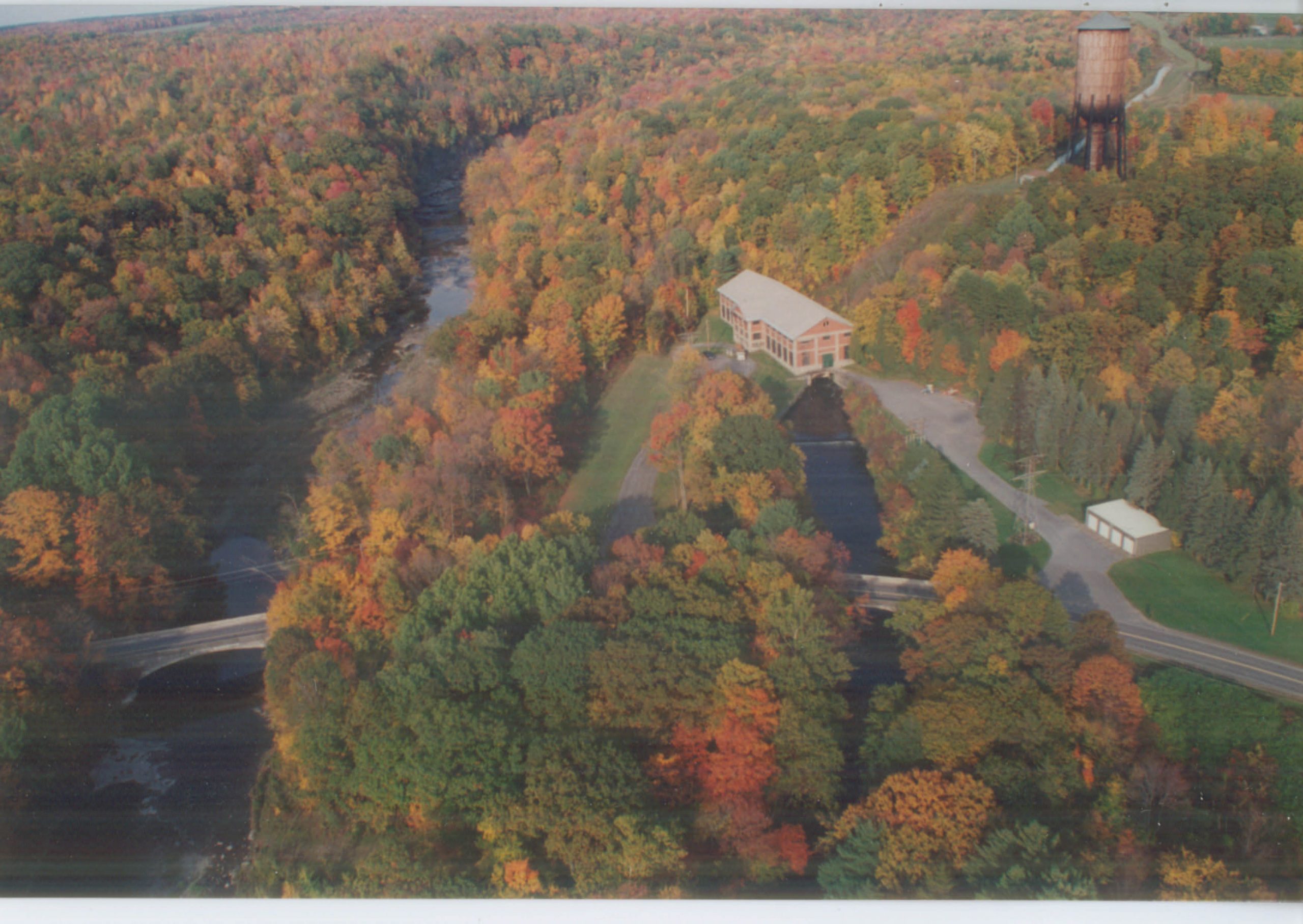 Waters within the project reach are designated as a cold-water fishery that supports trout. These waters are best suited for fishing and all other uses except as a source of water supply for drinking, culinary or food processing purposes, and primary contact recreation. The river reach is also listed as impaired for PCBs and Mirex, contaminated sediments. NYSDEC has determined that the project is not contributing to, or causing, this impairment.

Fish passage in the project vicinity has historically been blocked by the natural 110-foot Salmon River Falls. Resource agencies have not prescribed any passage facilities at the project. Trashracks are installed at the Lighthouse Hill and Bennett’s Bridge developments with 1-inch spacing and 1.5-inch spacing respectively.

The project lands consist of state forest land, owned and managed by the state of New York. The project impoundments have dedicated buffer zones for conservation purposes.

PLUS-Standard: Through voluntary efforts, the project owner collaborated with the State to develop project land-use practices that are consistent with the adjoining state properties. A Land-Use Management Plan (LUMP) was developed with NYSDEC and provides management provisions for the shorelines and protects undeveloped properties in the area. The project owner also established and finances the Salmon River Enhancement Fund which supports efforts made under the LUMP for the Salmon River.

Threatened or endangered species potentially present in the project vicinity include the bald eagle and Indiana bat. The bald eagle is an occasional transient species in the area but is not impacted by project operations. The Indiana bat is thought to be present in the downstream reach and potentially in project areas. Any activities with the potential to impact the listed species, such as logging, must first have approval and consultation from USFWS.

Historic resources at the project include the Bennett’s Bridge powerhouse, dam, and surge tank. A historic properties management plan has been implemented at the project and includes provisions requiring the submission of annual reports on activities conducted at the project to the State Historic Preservation Office.

March 9, 2022: The Low Impact Hydropower Institute has issued a final decision on the recertification of the Salmon River Project. The 30-day appeal window closed on February 19, 2022 and no appeals were filed. Therefore, the decision to recertify the project is now final. The new term is November 14, 2021 through November 13, 2034, in accordance with the term extension that became effective January 1, 2022 in Revision 2.05 of the LIHI 2nd Edition Certification Handbook.

This decision is preliminary pending the 30-day appeal window. Only those who commented on the initial application during the 60-day comment period are eligible to file an appeal. Such appeal needs to include an explanation as to how the Project does not meet the LIHI criteria. Appeal requests can be submitted by email to comments@lowimpacthydro.org with “Salmon River Project” in the subject line, or by mail addressed to the Low Impact Hydropower Institute, 1167 Massachusetts Ave, Office 407, Arlington, MA 02476. All requests will be posted to the website. The applicant will have an opportunity to respond and any response will also be posted. Requests must be received by 5 pm Eastern time on February 19, 2022. The full application and reviewer’s report are available below.

If no appeal requests are received and the decision becomes final, the Certification term for the Project will be November 14, 2021 through November 13, 2034.

LIHI is seeking comment on this application. Comments that are directly tied to specific LIHI criteria (flows, water quality, fish passage, etc.) will be most helpful, but all comments will be considered. Comments may be submitted to LIHI by e-mail at comments@lowimpacthydro.org with “Salmon River Project Comments” in the subject line, or by mail addressed to the Low Impact Hydropower Institute, 1167 Massachusetts Avenue, Office 407, Arlington, MA 02476. Comments must be received at the Institute on or before 5 pm Eastern time on December 26, 2021 to be considered. All comments will be posted to the web site and the applicant will have an opportunity to respond. Any response will also be posted.

The complete application can be found below.

December 8, 2014: The Salmon River Hydroelectric Project (FERC No. 11408), LIHI Certificate No. 20 has been determined by the Executive Director, Michael J. Sale to satisfy the requirements of the Low Impact Hydropower Institute (LIHI) Certification Program. The decision to certify the Salmon River Hydroelectric Project is for an 8-year term, effective November 14, 2013 and expiring November 14, 2021.

November 18, 2013: Erie Boulevard Hydropower, L.P. has submitted an application for recertification of the Salmon River Project. Due to an administrative backlog, the current certificate has been granted a three month extension beyond the expiration date of November 14, 2013.

March 28, 2006: The Salmon River Hydroelectric Project has been certified as low impact for an eight year term, effective November 14, 2005 and expiring November 14, 2013.

November 14, 2005: An application for certification of the Salmon River Hydroelectric project was submitted.