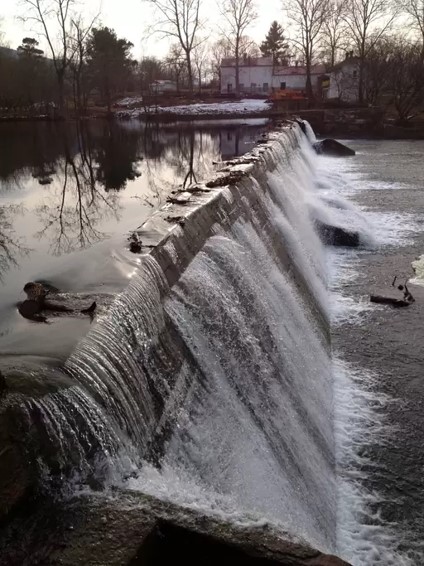 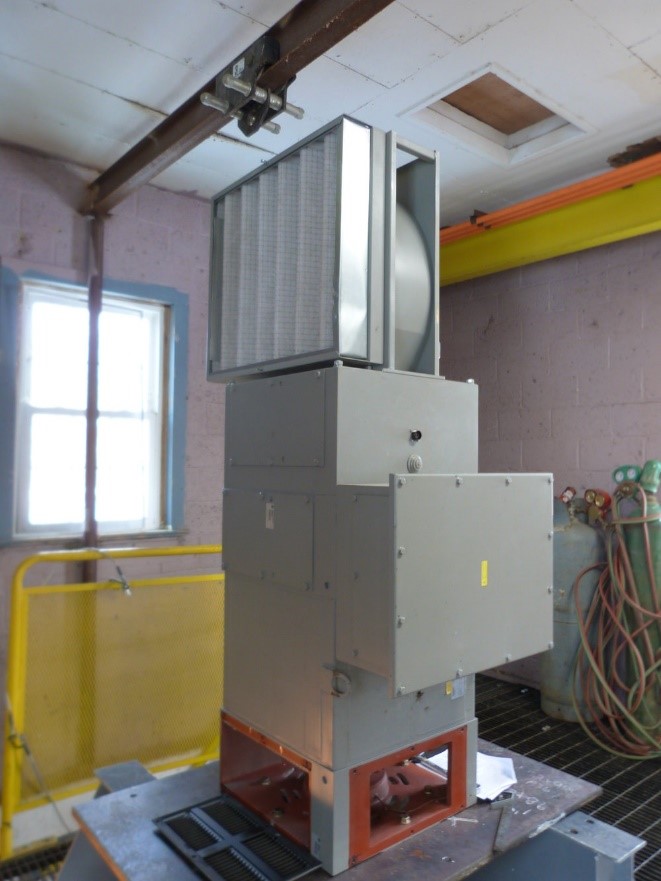 The Burnshire Hydroelectric Project is located on the North Fork Shenandoah River in Woodstock, Shenandoah County, Virginia. This site first began as a grist mill known as Old Rush’s Mill. It was purchased by Dr. J. I. Triplett in 1873. In 1892, Dr. Triplett transformed the grist mill into the first source of electric power for the town of Woodstock. A flood in 1924 subsequently destroyed the original powerhouse leaving only the foundation along the dam. This flood prompted the owner to replace the turbines. Another significant flood occurred in 1936 that completely islanded the powerhouse from the shore prompting the entire wood structure of the powerhouse to be replaced with concrete filled block. In 1956, the facility was purchased by VEPCO, now known as Dominion Energy, and was decommissioned. The facility then languished for decades. The site was then purchased and power generation at the site was restored in the late 1980’s. A decade later, the site became inactive and power generation ceased. The current owner/operator, Burnshire Hydroelectric LLC, purchased the site in 2012. Under Burnshire’s ownership, all three turbines have been restored and two generators are in service.

The dam is 280 feet long and 14 feet high with a 150-foot-long forebay. Three penstocks lead to the powerhouse which houses two Leffel 27-B4 propeller turbines and one Leffel 21-Z Francis turbine with a total installed capacity of 0.23 MW. The Project operates as a true run-of-river facility. This is possible due to the unique equipment that allows variable speed/flow operation of the turbine/generator unit.

Burnshire uses both a direct drive permanent magnet generator and a belt driven induction generator coupled to a four-quadrant inverter that allows continuous generation from full wicket gate opening to 5% opening. This is an innovative solution that matches incoming river flow to outflow while still allowing generation at low flow and serves as an active area of research and development. River inflow is measured directly via multiple in-channel pressure gauges and an instream flow meter that monitor for drops in surface elevation (a confirmatory backup monitor is located in the forebay) and incoming flow through the forebay inlet. If a measured river level decreases, wicket gates are adjusted to decrease water flow through the turbines. When adequate river flow is available, wicket gates are opened to produce more power or additional turbines can be started with the same river level monitoring feedback mechanism.

The project operates in run-of-river mode and impounds a 38-acre reservoir. There are no minimum flow requirements at the project, but operators conduct a non-automated review of flow data and gate adjustment if inflow falls below 200 cfs.

The project meets all six designated uses for waters in the project reach, demonstrating compliance with state and federal water quality standards. The Virginia Department of Environmental Quality confirms that the project fully supports all applicable designated uses of the river reach.

Upstream and downstream dams create barriers to fish passage at the project. However, via consultation with Virginia Department of Wildlife Resources, American eel are still present despite these barriers. The project voluntarily alters night-time operations from September through December by curtailing power generation in case American eel populations are present. Other species present in the river include bullhead catfish, trout, killifishes, suckers, sculpins, perches, sunfishes, black bass, rock bass, and more. Potential entrainment is mitigated via trashracks with one-inch bar spacing and water velocity less than 2 feet per second as recommended by USFWS and USEPA.

The project lands consist of roughly 10 acres. Lands nearby are protected under conservation easement, or state/federal forest lands but no lands within the impoundment or downstream of the project have significant ecological value. Surrounding lands are primarily rural and agricultural. The run-of-river operations and a wooded riparian buffer mitigates any potential shoreline impacts by the project.

No threatened or endangered species are present within the project boundary.

PLUS-Standard: The project serves as an educational opportunity for local universities. The project operates as an active laboratory for STEM and other students to perform field studies in real-world conditions and learn about hydropower and variable speed turbines.

Recreational resources at the project are limited due to its small footprint. Informal access to the river occurs on nearby properties and there are several boat access locations upstream of the facility. The project has posted warning signs adjacent to boat access points, dam warning signs, and instream dam warning buoys. Portage around the dam is not hindered or discouraged and public access, with permission, is provided free of charge.

August 5, 2019: The decision to certify the Burnshire Hydroelectric Project is final. No appeals were received during the appeal period which closed on July 13, 2019. The new certification term for the Project is from March 27, 2019 through March 26, 2029.

This decision is preliminary pending the 30-day appeal window. Only those who commented on the initial application during the 60-day comment period are eligible to file an appeal. Such appeal needs to include an explanation as to how the Project does not meet the LIHI criteria. Appeal requests can be submitted by email to comments@lowimpacthydro.org with “Burnshire Hydroelectric Project” in the subject line, or by mail addressed to the Low Impact Hydropower Institute, 329 Massachusetts Ave, Suite 6, Lexington, MA 02420. All requests will be posted to the website.  The applicant will have an opportunity to respond and any response will also be posted. Requests must be received by 5 pm Eastern time on July 13, 2019.  The full application and reviewers report are available below.

If no appeal requests are received and the decision becomes final, the Certification term for the Project (pending LIHI #152) will be March 27, 2019 through March 26, 2029.

April 1, 2019: The Low Impact Hydropower Institute has received a complete application for Low Impact Certification of the Burnshire Hydroelectric Project.  LIHI is seeking public comment on this application.  Specifically, we are interested in knowing whether you think the Project meets the LIHI Low Impact Certification Criteria, as revised in the 2nd Edition Handbook.  Please review the program and criteria in LIHI’s revised Handbook and then review the Project’s application materials below.

Comments that are directly tied to specific LIHI criteria (flows, water quality, fish passage, etc.) will be most helpful, but all comments will be considered.  Comments may be submitted to the Institute by e-mail at comments@lowimpacthydro.org with “Burnshire Project Comments” in the subject line, or by mail addressed to the Low Impact Hydropower Institute, 329 Massachusetts Avenue, Suite 6, Lexington, MA 02420.  Comments must be received on or before 5 pm Eastern time on May 31, 2019 to be considered.  All comments will be posted to the web site and the applicant will have an opportunity to respond.  Any response will also be posted.