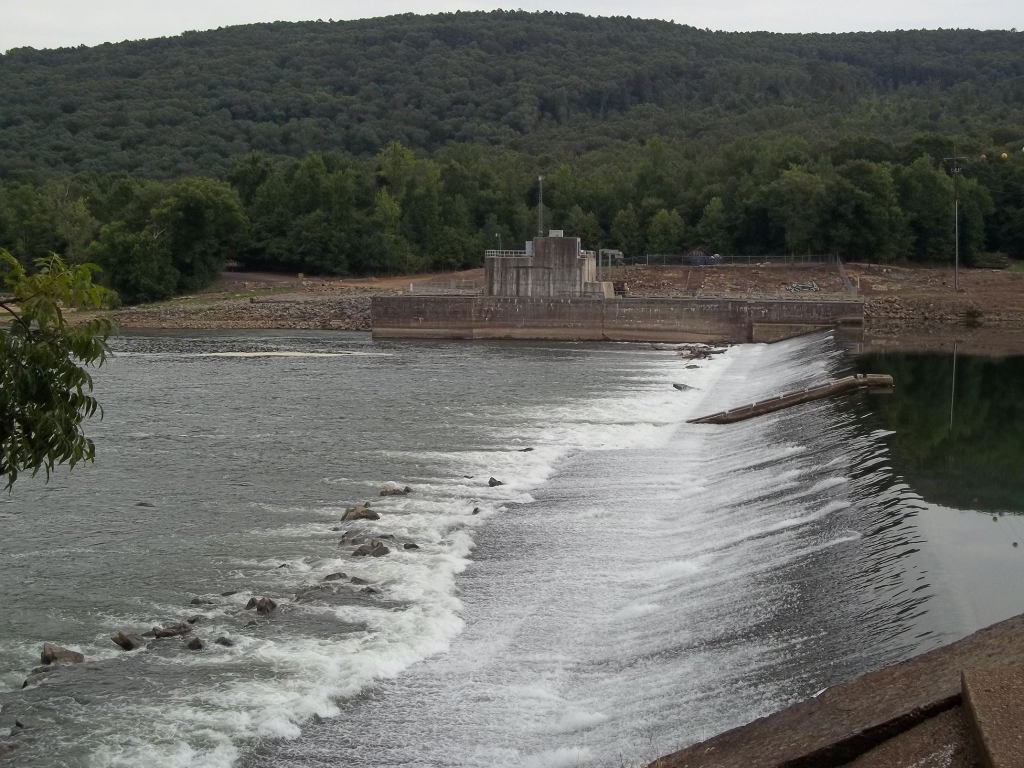 July 1, 2021: The Low Impact Hydropower Institute (LIHI) has preliminarily approved Low Impact Certification (pending LIHI #179, #180, #181) for the White River Lock and Dam No. 1, No. 2 and No. 3 Hydroelectric Projects located on the White River in Arkansas. The Certificates each include the following conditions:

Condition 1: Should the facility Owner receive notification during the term of this LIHI Certification from either USFWS or AGFC that upstream and/or downstream passage for anadromous or catadromous fish is required at any of the Projects, the Owner shall forward to LIHI a copy of that notification along with a summary of plans and a schedule to initiate consultation and implement passage; and shall provide a status update on implementation progress annual compliance statements.

Condition 2 (Optional): if at any time prior to six months before the expiration of the Certification terms for each Project the Owner voluntarily implements seasonal upstream eel passage at one or more of the Projects in the absence of an agency recommendation in Condition 1, LIHI will review that information and determine whether or not to award a PLUS standard and extend the Certificate term for three additional years.

This decision is preliminary pending the 30-day appeal window. Only those who commented on the initial application during the 60-day comment period are eligible to file an appeal. Such appeal needs to include an explanation as to how the Project does not meet the LIHI criteria. Appeal requests can be submitted by email to comments@lowimpacthydro.org with “White River Project” in the subject line, or by mail addressed to the Low Impact Hydropower Institute, 1167 Massachusetts Ave, Arlington MA 02476. All requests will be posted to the website. The applicant will have an opportunity to respond and any response will also be posted. Requests must be received by 5 pm Eastern time on July 31, 2021.

The full application and review report are available below. If no appeal requests are received the certification terms for each project will be June 9, 2021 – June 8, 2026 unless extended per Condition 2.

The river begins in northwestern Arkansas in the Boston Mountains and flows east toward Fayetteville where it then turns north. The river enters Missouri near Eureka Springs. It then flows southeast back into Arkansas past Bull Shoals, Mountain Home, and Calico Rock. At Batesville, the second section of the river, known as the Lower White, begins. From Batesville, the river flows south for another 295 miles through the Arkansas Delta region before emptying into the Mississippi River. The White River is a major tributary of the Mississippi River and has a drainage basin of 27,765 square miles. The river passes multiple lakes created by eight USACE dams.

LD1 is located in Batesville, AR at river mile (RM) 299.2. LD2 is about 8 miles upstream at RM308.3, and LD3 is another 12 miles upstream at RM 320.2. The USACE Bull Shoals Dam is located approximately 99 miles upstream of LD3. Discharges from Bull Shoals and Norfork Lakes as well as inflows from numerous tributaries control flows to the Projects. The LD1 Project is owned by the City of Batesville, and LD2 and LD3 are owned by Independence County, Arkansas. The Projects were originally licensed by the Federal Energy Regulatory Commission (FERC) prior to the hydro facility construction on November 8, 1985 (LD2) and February 28, 1986 (LD1, LD3) for terms of 50 years which expire in 2035 and 2036, respectively.

Between 1900 and 1908, USACE built the three timber-crib and concrete dams and locks associated with the Projects. The locks were used for navigation, moving boats containing shipments of timber, cotton, and mining products such as limestone and silica. By the mid-1950s, trains had replaced boats as the primary method for transporting these products. USACE decommissioned the locks and sold the properties. The locks were decommissioned and have not operated since. The city of Batesville purchased LD1 for $1, and LD2 and LD3 were sold to private interests which also did not operate the locks. Those Projects were subsequently resold to the current owners. No maintenance occurred from the 1950s until 1997 when the county, through the hydro project, did extensive remedial work on LD1. Development of the new hydropower capacity involved a utility, a college, a city, a county, the U.S. Congress, 27 years, myriad engineers and lawyers, and lots of tenacity and perseverance by a dedicated group of individuals.

The Projects operate in run-of-river mode and do not use impoundment storage, with inflow dependent upon releases from the upstream USACE storage dams along with tributary inflows.

The LD3 Project includes a concrete and timber crib dam approximately 750 feet long and 21 feet high with a 3-foot-high concrete cap added in 2010. The dam creates an impoundment with approximately 610,242 acre-feet of storage capacity and a surface area of 787 acres. The powerhouse contains a single vertical Kaplan generating unit rated at 4.3 MW. An open-flume tailrace returns flow to the river 300 feet downstream of the dam. The Project boundary encompasses the high-water mark and about 42 acres of land around Project structures.

LD1 consists of a 660-foot-long, 27.6-foot-high dam that creates an impoundment with approximately 12,500 acre-feet of storage and a surface area of 773 acres. The powerhouse contains a single vertical Kaplan generating unit with a capacity of 4.3 MW. An open-flume tailrace conveys water back to the river about 280 feet downstream of the dam. The Project boundary encompasses the high-water mark and about 25 acres of land around Project structures.