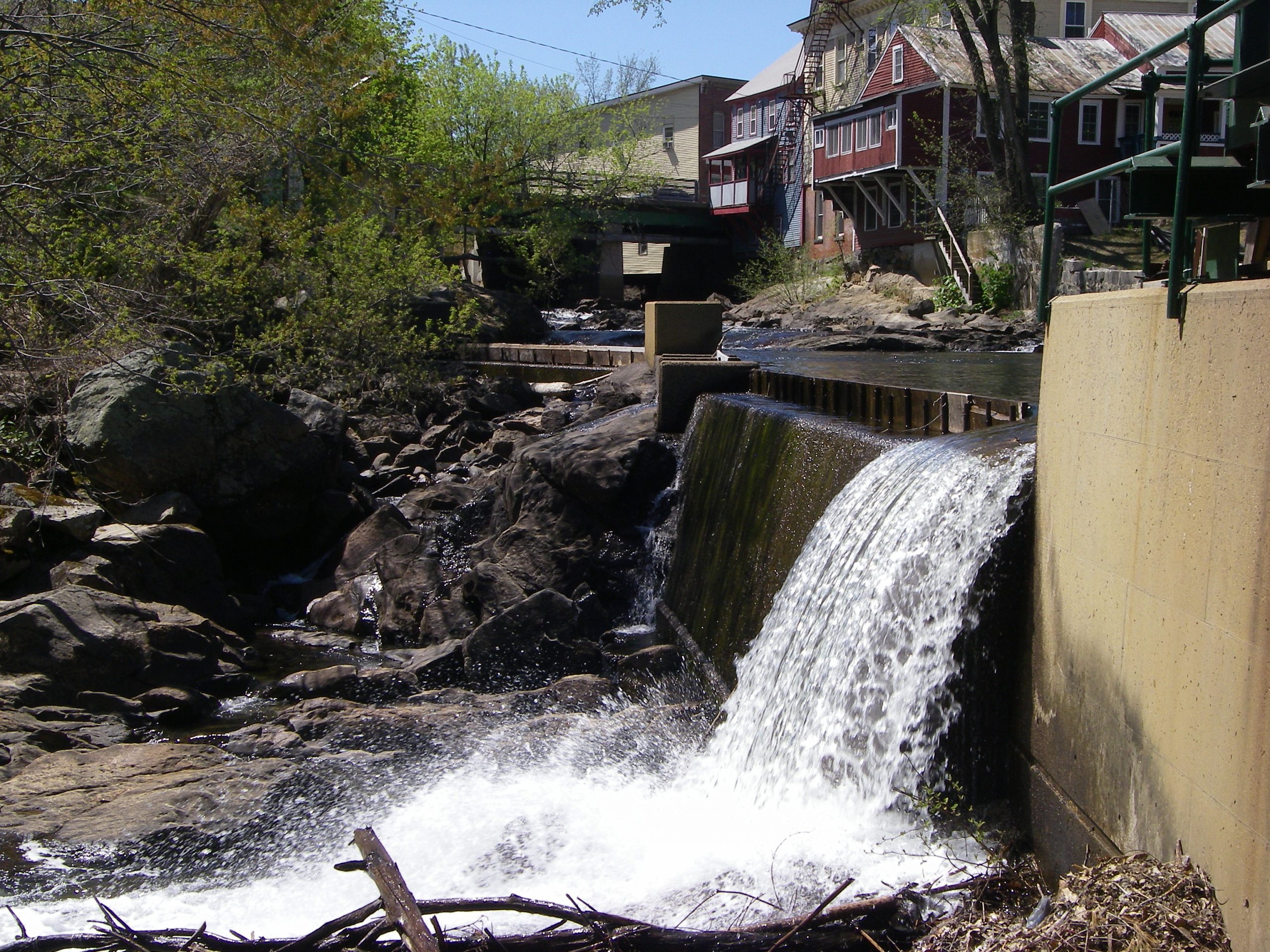 The Newfound Project is located in downtown Bristol, New Hampshire approximately 800 feet downstream from the crossing of Water Street over the Newfound River. The project is located in the Merrimack River Basin approximately seven miles above the confluence of the Pemigewasset and the Winnipesaukee Rivers. The generally south flowing Merrimack River is New England’s fifth largest river.

The project was developed in 1927 by Public Service Company of New Hampshire which then discontinued operation of the project in 1948. In the 1970s, interest in domestic energy supply was renewed as foreign oil prices skyrocketed, and the project was purchased by the Newfound Hydroelectric Company in 1981. The Federal Energy Regulatory Commission issued a minor license in the same year with support from US Fish and Wildlife Service (USFWS), New Hampshire Fish and Game (NHFG), the New Hampshire Historical Preservation Office, and the New Hampshire Water Supply and Pollution Control Commission. The project has operated successfully ever since.

The project includes a diversion weir surmounted by wooden flashboards, totaling 10 feet in height; a concrete intake channel; a powerhouse containing two generating units with a total installed capacity of 1.5 MW; 6-foot diameter wooden penstock 420 feet long; and a 30-foot-wide tailrace extending 175 feet to the confluence of the Newfound and Pemigewasset Rivers.

The project operates in a run-of-river mode and impounds a 0.23-acre reservoir. The project provides a 12.7 cfs minimum bypass flow through the flashboard notch. This flow regime was developed in consultation with USFWS and NHFG using results from a flow-observation study completed in 2011.

The waters above and below the project are impaired for mercury resulting from atmospheric deposition. It is not expected that the project is exacerbating this issue. In 2011, the project owner collaborated with New Hampshire Department of Environmental Services (NHDES) to conduct site specific water quality testing. Samples were collected and tested for dissolved oxygen, water temperature, phosphorus, and chlorophyll-a. Based on these results, NHDES concluded that the project was meeting water quality standards for support of aquatic life and wildlife. The owner conducted a second sampling during the summer of 2018 which was confirmed by NHDES to meet water quality standards.

Historically, the river in the project reach has not supported anadromous fish species and American eel, a catadromous species, has not been documented upstream of the project dam. However, the project owner will begin consultation with resource agencies to determine passage measures should fisheries agencies prescribe such measures at the project.

The project lands consist of roughly one acre. The project is located in a highly developed urban area. No lands of significant ecological value exist in the project area due to the small project footprint and developed nature of the area.

In 2016, the project area was assessed for threatened or endangered species potentially present in the project vicinity via the New Hampshire Natural Heritage Bureau database. This review found no threatened or endangered species or their critical habitat in the project area. The only state or federally listed species possibly present is the Northern long-eared bat, for which no critical habitat has been identified within the small project footprint.

No cultural resources have been identified in the project area by the New Hampshire Division of Historic Resources. The project owner currently has no plans to make substantive changes to the project that could lead to the discovery of historic resources, and has committed to developing a mitigation plan should any activities have the potential to affect any historic resources, should they be discovered.

Recreational resources at the project include informal access for fishing. Public access is provided free of charge.