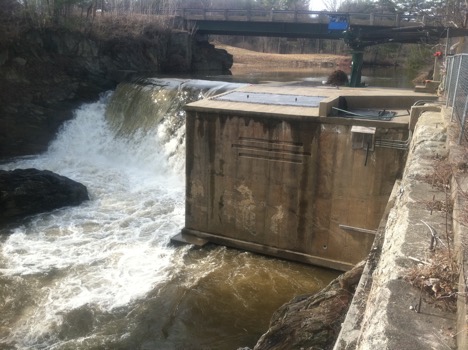 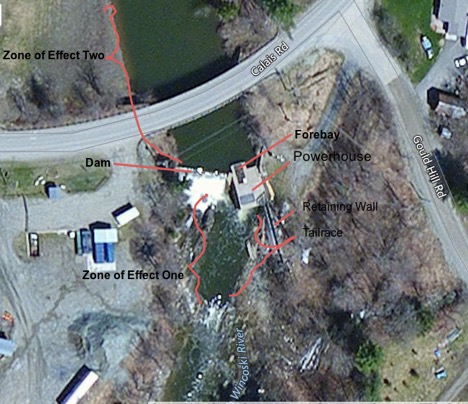 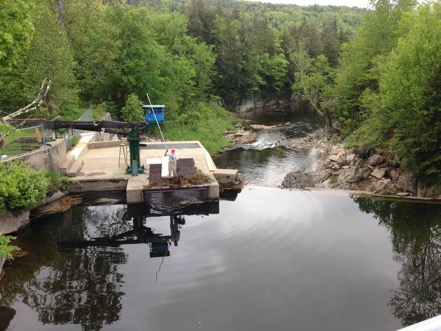 The Ladd’s Mill Project is located on the North Branch of the Winooski River in the Town of Worcester, Washington County, Vermont. The project is the most upstream hydropower plant on the North Branch, approximately five miles upstream from the Wrightsville Reservoir Dam which is owned and operated by the Army Corps of Engineers for flood control purposes. The region above the Ladd’s Mill project consists of rural wilderness and the headwaters of the North Branch, formed near the top of the Worcester Range Mountains.

The site was originally developed in 1905, when a crib dam was constructed to supply power for a sawmill owned by the Ladd family landowners. In 1928, the dam was washed out and a concrete gravity dam was rebuilt in its place with hydroelectric power for the sawmill. In 1957, the dam failed again due to heavy flooding and the site was abandoned for nearly 30 years. In 1985, the passage of the Public Utilities Regulatory Policies Act (PURPA) motivated the landowners, Wendell and Madeline Ladd, to reconstruct the facility. Well before LIHI Certification, in May 2012, Vermont Department of Environmental Conservation (VDEC) conducted a site visit and noted several areas of noncompliance with the Water Quality Certificate (WQC). The owner, Worcester Hydro Company, conducted follow-up meetings with VDEC to determine an appropriate plan of action to bring the project back into compliance, including several which required considerable capital outlays for a project of this small size. Since that time, the owner has demonstrated a successful working relationship and record of working with the agency to bring the Facility into compliance with terms in the WQC and make environmental enhancements the project.

The project includes a concrete gravity dam, 80 feet long with a height of 21 feet to the crest, with an elevation of 729.13 feet mean sea level (msl), with an additional 1 foot tall flashboards; a concrete powerhouse with a 187-kW turbine-generator; an 18.5-foot long forebay with a width of 9 feet and an average depth of 14.55 feet; a 40-foot-long by 25-foot-wide tailrace; and three transformers. The powerhouse is built into the eastern end of the dam. The plunge pool at the base of the dam is supplied by the minimum flow released from a weir.

The project operates in run-of-river mode and impounds a 4.57 acre reservoir. The project provides an instantaneous flow requirement of 10 cfs, or inflow if less, to be discharged from the dam at all times. Pond level sensors monitor surface elevation for compliance reporting and to ensure the water quality of the river is maintained. This flow regime was developed in consultation with VDEC and state fishery agencies.

Downstream dams create a barrier to upstream fish passage and no migratory fish species are present in the North Branch. Downstream fish passage is provided by the bypass weir leading to the plunge pool. A trashrack placed over the headworks prevents fish from entering the intake.

The project property consists of 1.1 acres. The land surrounding the impoundment is primarily grass/reed covered shoreline and is bounded by private property. No state or federally listed threatened or endangered species or their critical habitats exist in the project property.

Recreational resources at the project include fishing and canoeing access and a stone stairway to mitigate the danger of accessing the river downstream of the project. Public access is provided free of charge.

2022: No material changes or compliance issues were identified.  The project remains in compliance based on the annual review.

July 26, 2017: Having received no requests for appeal of the preliminary decision to certify the Ladd’s Mill Hydroelectric project, Final Approval was effective on July 1, 2017. Ladd’s Mill is now LIHI Certification #135.

Any Commenter may submit a letter to the Executive Director requesting an appeal within the 30-day period which begins on June 1, 2017 and ends on July 1, 2017.  The appeal request must state specific reasons why the hydropower facility should have failed one or more criteria.  Only individuals or organizations that commented on the initial Application Package may file an appeal.

If no appeal is requested within the 30-day period, the Executive Director will issue LIHI Certification for the facility and post a notification of certification on the Institute’s website.  Once final, the effective certification date for the Ladd’s Mill Project is March 17, 2017 for a five (5) year term, which will expire on March 17, 2022.

March 21, 2017: On March 17, 2017, the Low Impact Hydropower Institute (LIHI) received a complete application from the Worcester Hydro Company, Inc. for the Low Impact Certification of the Ladd’s Mill project, FERC No. 8242, located on the North Branch of the Winooski River in the town of Worcester, Washington County, Vermont.

LIHI is seeking public comment on this application.  Specifically, we are interested in knowing whether you think the Ladd’s Mill project meets the LIHI Low Impact Certification Criteria, as revised in the 2nd Edition Handbook released in March 2016.  Please review the program and criteria in LIHI’s revised Handbook and then review the Project’s 2016 application materials posted on the project page.

Comments that are directly tied to specific LIHI criteria (flows, water quality, fish passage, etc.) will be most helpful, but all comments will be considered.  Comments may be submitted to the Institute by e-mail at comments@lowimpacthydro.org with “Ladd’s Mill Project Comments” in the subject line, or by mail addressed to the Low Impact Hydropower Institute, PO Box 194, Harrington Park, New Jersey 07640.  Comments must be received at the Institute on or before 5 pm Eastern time on May 20, 2017 to be considered.  All comments will be posted to the web site and the applicant will have an opportunity to respond.  Any response will also be posted.